Since my Top 10 non restricted black rifle article is looking pretty popular, I thought I’d work on one for restricted versions. It’s a bit of a stray away from normal content for this website because we can’t hunt with these, but I thought it’d be interesting anyways. Thanks to diablo_man from r/canadaguns for help on suggestions for this list.

As pistols/revolvers are all restricted (or prohib if they’ve got a very short barrel or certain calibre), we thought we’d do a list of non-pistol entries. Also keep in mind, there’s no rigor going into these selections, they’re just what we think is cool. Without further ado:

Personally, I find it very disappointing that the ergonomic, extensible, incredibly popular AR-15 and variants are restricted. Still, AR15’s sell well in Canada, and are a top choice for rifle competition in 3 gun, service rifle, and many others. With completely unrivaled factory and aftermarket support, no 2 AR’s have to look the same. For more info, check out my AR15 parts in Canada article or Why Every Canadian Hunter Should Own an AR15.

Why is it #2? Because Kriss Carbines are cool! With 10 round pistol mags, excellent control-ability when shooting, they’re very cool guns.

Are they better than the NR version? You’ll have to decide on that. The NR version can be a bit cheaper, can be used anywhere, but has an unwieldy barrel sticking out the end. 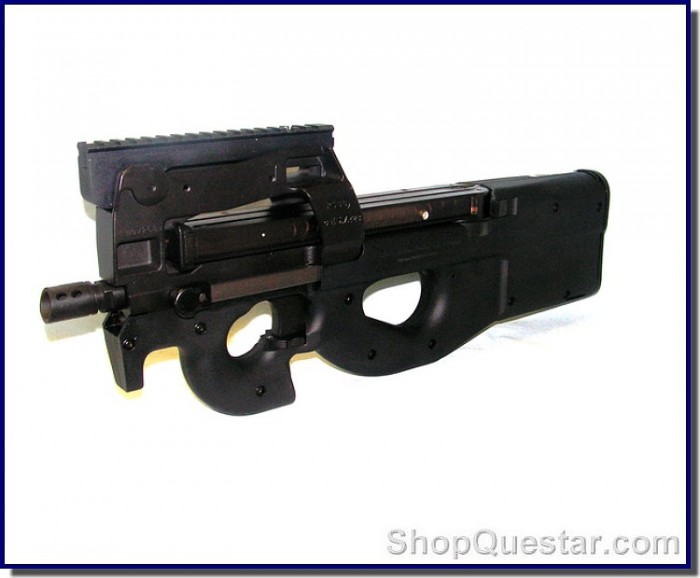 Why is it #3? Because P90’s are cool! That’s it. It’s a pain in the butt finding the rounds, they’re really expensive, and it’s a somewhat rare firearm.

Are they better than the NR versions? Maybe. Even though the NR version is about the same price as the restricted version, it looks stupid. If you’re getting a PS-90 just because it looks cool, go restricted.

Why is it #4? Because it’s part of a new crop of sporting rifles and non restricted versions are still hard to find.

Why is it #5? Because it’s father to the revolutionary MP40, and a cool piece of kit. With a historic-appearance firearm like this, putting a long barrel on them seems completely sacrilegious, but you can get the MP40 in restricted length barrel or non restricted long barrels for about $750. 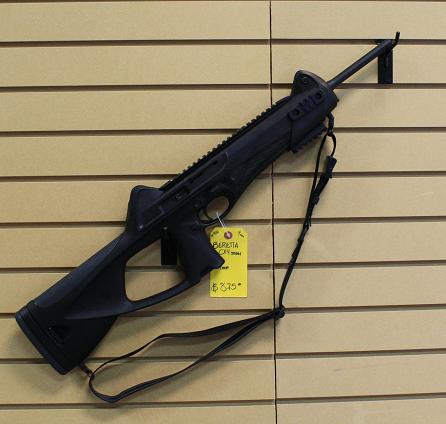 Why is it #6? Slick, ergonomic design. Some people really love the looks of the CX4, others not so much. At the least, it’s very simple to use.

Why is it #7? VZ 58’s are a hoot to shoot, look cool, and have enough aftermarket parts available to really customize them.

Are they better than the NR versions? Many of the restricted length VZ 58’s that I’ve seen have included chrome lined barrels, which makes cleaning easier when you’re shooting corrosive 7.62×39. There are also some with teeny tiny stubby barrels. Still, I’d buy the NR version and freak out my hunting buddies by taking it as a close-in deer rifle, with soft point bullets of course.

Why is it #8? It’s an alternative to the AR-15. There aren’t a lot of robust AND inexpensive alternatives to the AR here in Canada, but this is one of them.

Are they better than the NR versions? They’re a lot shorter OAL, but I’d still go NR on this one. There’s not much of a price difference, and although the restricted version is a bunch shorter, I still like to take this rifle out and about. The longer barrel versions would also be better for longer range shooting at the range. 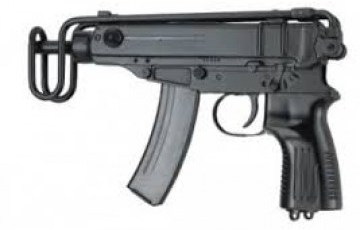 Why is it #9? Unique and easily recognizable look, relatively inexpensive, and half decently accurate considering the size.

Why is it #10? It’s the closest you’ll get to owning an Uzi in Canada.

Are they better than the NR versions? I think so. What’s the point of an NR subgun with a spindly stock and long barrel?

Did I miss your favourite restricted non-pistol? Let me know in the comments!

Adriel has been hunting all his life and tries to apply a practical point of views to his reviews. Find the Hunting Gear guy on Facebook or YouTube
View all posts by Adriel →
17HMR vs 22LR
What’s the best caliber for hunting large game?