By Adriel on February 23, 2014 in Canadian Hunting Stores, Tips

Looking for an excuse to buy your first AR-15? Canada Ammo has their Dominion Arms DA556’s on sale right now for $599. I have no affiliation with them, but thought this is a deal worth mentioning to Canadian firearms owners. 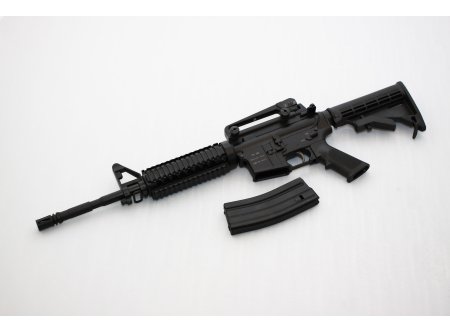 This is similar to a new-version Norinco CQ-A, except it has a quad forend. I’ve seen these in person, and while you won’t ever mistake them for the nicest looking AR’s, they’re very reliable and some of the commonly cut corners on other rifles (like poor gas key staking) are done right on this rifle. Given its price point, its only competition are polymer-lower rifles, which can have reliability problems. There’s also the DPMS Oracle for a bit more.

Why even bother buying an AR15 if they’re all restricted?

Even hunters, who can’t hunt with restricted guns, should care about restricted firearms. Any gun-grabbing legislation is likely to focus on restricted and “black” guns first, so those guns and owners end up being a buffer between gun grabbing politicians and traditionally equipped, hunting families. If you don’t feel like owning any of these types of guns, but agree with me in supporting other’s enjoyment of them, join the NFA or CSSA. Those organizations work to ensure that we don’t have UK or Australian style, idiotic legislation.

Adriel has been hunting all his life and tries to apply a practical point of views to his reviews. Find the Hunting Gear guy on Facebook or YouTube
View all posts by Adriel →
Shooting Prohibited Firearms
Ruger 10/22 vs Remington 597