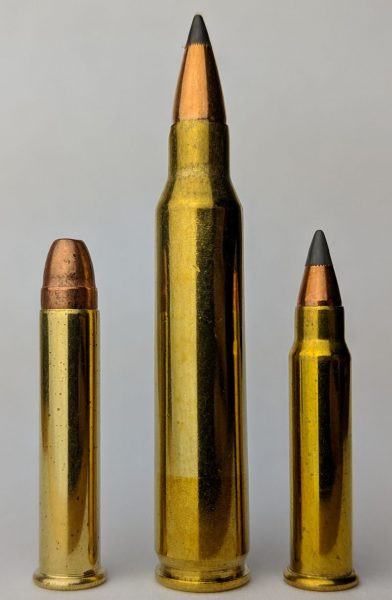 This was an inevitable comparison after doing my 17HMR vs 22WMR article. The sister magnum rimfires are around $0.40/round, while basic 223 ammo is about the same cost and it can be reloaded for quite a bit less. Even if you buy nicer hunting ammo off the shelf, hunting 223 is usually no more than $1 a round. So, can you compare rimfire ammo and centerfire ammo?

On a coyote with a 6″ vitals area, Maximum Point Blank Range or MPBR for short, is handy to compare how flat they shoot and how far you can smack a yote without having to adjust your reticle or point of aim.

So the 223 Remington really stretches out far, but the 22WMR and 17HMR are no slouches either. That said, the energy each bullet has when they get there is quite different.

The 223 burns a ton more powder than the rimfires, but that comes at a cost of loudness. Depending on which study you go off, barrel length, and that kind of thing, 17hmr and 22wmr are around 4 dB louder than 22LR and 223 is about 10 dB louder than 17HMR/22WMR. Note, that because sound pressure is measured in a logarithmic scale, noise power is double for every 3 dB. That means 17 HMR and 22 WMR are around twice the sound power compared with 22LR, and 223 is 3 times louder than 17HMR/22WMR.

Personally, I find that if I’m on a busy gopher field, I’ll use low NRR earplugs (or high NRR ones just barely inserted) when shooting 17HMR. For 223, I’d use earplugs inserted all the way.

There’s also the noise that you cause for other people. Neighbors probably won’t complain about 22’s or 17HMR/22WMR, but 223 is pretty decently loud. You might find this odd, but this is the primary reason I don’t use a .223 for gophers. The fields I shoot on belong to land owners and I don’t want to piss them off with loud gunfire. So I opt for the quieter 17 HMR or a 22LR. For coyotes, I personally think the odd shot is fine, because every shot means one less coyote and most of the land owners around me HATE coyotes with a passion.

I haven’t fired nearly enough rounds through my 17 HMR to kill the accuracy in the barrel and from my reading, it’ll take a while: about 15,000 rounds to start seeing accuracy dip in a 17HMR or 22WMR. Match shooters who use 223 change barrels over at around 5000 rounds, but those barrels probably have a ton of life still left in them and may be able to stretch out to 10,000.

Comparing a centerfire cartridge against rimfires is a bit silly, but I thought it’d be interesting. Personally, I’m a fan of 223 for coyotes out in Alberta because I see a lot of mid-range shots around 300 yards. On the flipside, I love my 17HMR for high volume gopher shooting because the noise is quite a bit less and it’s easier to carry more rounds in my pocket. If I was shooting gophers on an enormous tract of land with no one around for miles, I might consider using the 223 to stretch out possible shots. For target shooting, I could go for either, but the 223 definitely works better in the 200-400 yard range whereas the 17 HMR and 22 WMR get tossed around with wind and drop quite a bit more at those ranges.

There’s really no clear cut winner here, but instead the right cartridge for the job. There’s a reason all 3 of these cartridges are on the shelf, and I think that you need to choose the one that fits your purpose. 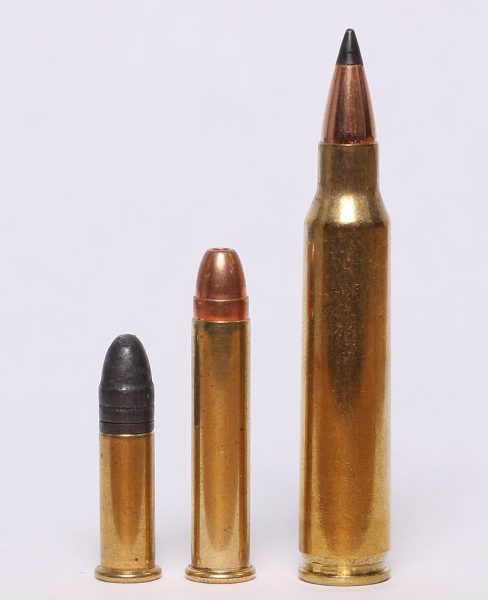 Adriel has been hunting all his life and tries to apply a practical point of views to his reviews. Find the Hunting Gear guy on Facebook or YouTube
View all posts by Adriel →
22 WMR vs 17 HMR
Marlin 70PSS “Papoose” Review