By Adriel on January 8, 2015 in Shotgun Reviews

There are a bajillion reviews out there on the UTAS UTS-15, but few on the Hunting variant as used for hunting. I’m going to ONLY focus on using this shotgun for hunting as I think there are a ton of great reviews out there on this shotgun and I’d be wasting your time repeating general information here. If you’re looking for a UTAS UTS-15 in Canada, Wolverine Supplies, Kelly’s Sporting Goods, or Frontier Firearms are the places to get them.

The Elephant in the Room: Reliability

One thing that gun manufacturers have been guilty of lately is releasing products before they’re ready and effectively having consumers “beta test” products. Combined with a great warranty or factory support, it’s a valid, but somewhat annoying way that some manufacturers use to get products released faster. What I think they sacrifice by releasing too early is a bad reputation. The Remington R51, Savage B.Mag, and other new entrants come to mind as products that had early teething problems. The UTS-15 currently has a pretty bad reputation for reliability but I think it was mostly the Gen 1 versions that earned that reputation. Pump-action shotguns are supposed to be stupidly reliable but this shotgun is much more complex than a standard, single tube, non-bullpup shotgun. As such, there’s a lot that can go wrong. This is the 3rd generation of the UTAS UTS-15, and they’ve fixed a few things. That said, I witnessed some failures to eject with this shotgun, but none of those were by my hand. With a swift back and forth action on the pump, I had no failures. Some people have no issues with this shotgun, others have all sorts of issues: your mileage WILL vary.

OK, Now Onto The Gun

The UTS-15 uses Beretta Choke Tubes that can be had for ~$22, so it is somewhat feasible to run this as a versatile hunting shotgun. There’s a 7″ barrel extension that can be purchased from UTAS, but I’m not really sure why you’d want it as the whole point of a bullpup firearm is compactness. As a hunting shotgun, you may need to fabricate some really long magazine tube plugs, depending on your local hunting regulations. Some hunting regulations might make hunting with this shotgun more trouble than it’s worth by limiting shots but at the very least, it’s very compact. Where shot capacity isn’t regulated, this is a shotgun that you load on Sunday and shoot all week (figure of speech). That’s kind of neat, because you don’t need to reload as often or carry as many bulky shotshells in your pockets because they’re already stuffed into your shotgun. Here in Alberta, with our 3 round max capacity for hunting game birds, it’d be a bit silly to hunt game birds, but would work for everything else. 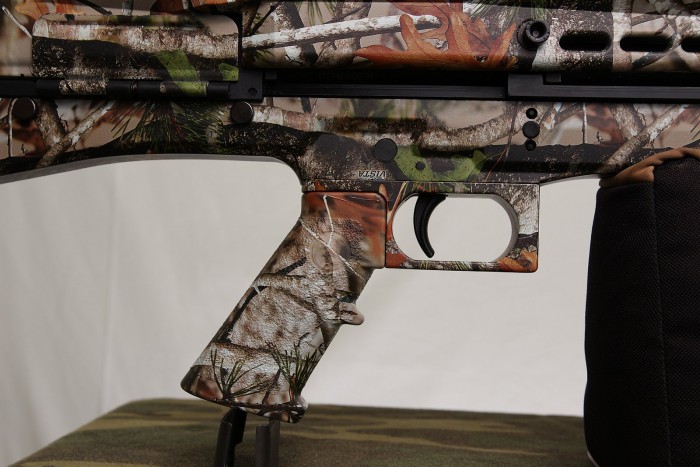 As I said above, this shotgun is more complex and much more costly than a regular pump-action. There’s a steeper learning curve for beginners and it requires some training even for more experienced shooters. The trade-off for that complexity and cost is a more compact design, much higher round capacity, and some added flexibility with shot selection. Minor added benefits come with AR-style ergonomics in grip and safety, a long picatinny rail, and straight-back recoil.

I’m really puzzled why they bothered to include a bolt dust cover when the magazine tubes are left hanging out in the open. Any serious exposure to dust, mud, etc, is going to get into the tubes and start jamming up feeding or get into the feed path and chamber. The bolt, on the other hand, is a beast that would likely shrug off the elements. That dust cover rattles a bit and I hate rattling on hunting firearms. Regular shotguns make do without a dust cover, why add one here?

The fire-control group is also a bit odd. The hammer drops pretty much whenever you pull the trigger and is blocked from hitting the firing pin if it’s not in orientation. That works, but I much prefer a gun that prevents the hammer from dropping until the bolt is in correct position. That way, you don’t have to re-cock the action if you accidentally pull the trigger too soon as you’re pulling the pump forward. The action (pump) release is inconveniently located under the buttstock at the rear.

There are a few big pluses for the overall design: it’s very easy to access the feed path by pulling up on the access hatch, and field disassembly is reasonable too.

To be honest, UTAS is stretching it pretty far calling this a hunting shotgun. I also never would have had this in my hands if it hadn’t been on sale at a pretty steep discount. I think it’s a pretty cool shotgun, minus the pretty high price. At the factory price of $1200-$1400, it just feels like too much. For the price, is the Kel-tec KSG better? I haven’t handled the Kel-tec, so I’ll have to revise this article later.

I think a shotgun like this only makes sense if, for example, you shoot 3-gun AND want to hunt with the same shotgun. As a pure hunting shotgun, it’s lacking quite a bit and it just doesn’t compare with other “pure” hunting shotguns in the same price range. But if you want a really cool hunting shotgun, this could be it. 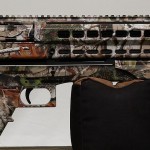 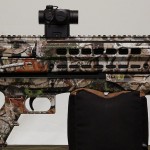 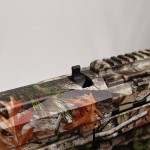 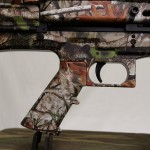 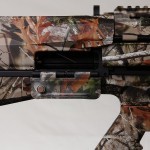 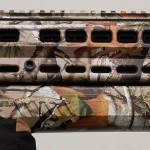 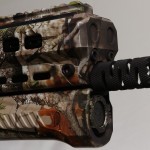 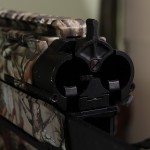 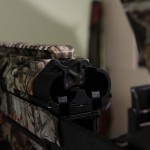 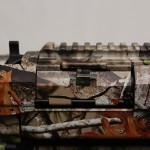 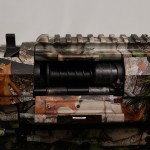 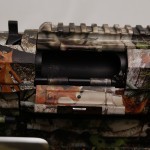 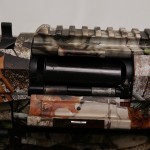 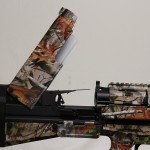 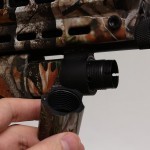 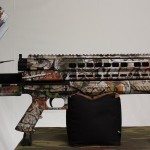 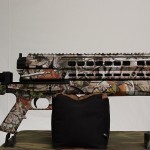 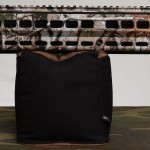 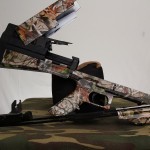 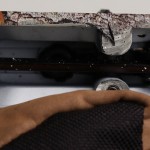 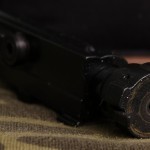 Adriel has been hunting all his life and tries to apply a practical point of views to his reviews. Find the Hunting Gear guy on Facebook or YouTube
View all posts by Adriel →
For 2015, Sign a Petition That Matters
Henry Lever Action .22 Rifle Review