When I asked fellow gun enthusiastic friends to name the first shotgun that came to mind, the majority responded with “Remington 870”. Not one mentioned the Remington M887 NitroMag. This made me wonder if anyone had even heard of this boom stick before or if they just kept it in the “piece of crap” section of their mind next to the Ford Pinto. Out of curiosity, I started doing a little research online and found Remington had originally stated that the M887 is “based off” of the legendary 870. This sounded good to me so I went out and bought one for myself. I was surprised to find out the M887 is nowhere near the 870!

Other than the overall shape being similar to the 870 and both being 12 gauge pump actions, the M887 is a completely different shotgun. It was designed for the extreme conditions that a shotgun goes through while hunting waterfowl and other large game. This boom stick’s main selling features include the ability to shoot 2 3/4, and 3½ 12 gauge shells and the ArmorLokt polymer molding that surrounds the entire shotgun to prevent rust and corrosion. But there are some key selling features that Remington failed to mention, which deserve some recognition.

A two-piece rotating bolt is used in the M887 which helps reduce size and weight but can take the same amount of punishment as the standard solid bolt on the 870. The slide release is a large button located in the front of the trigger guard and not some dinky little release tang placed where nobody can find it. A Super Cell buttpad comes equipped as well and is, in my opinion, one of the better buttpads currently on the market.

Now I have to say I was a little skeptical at first about the ArmorLokt polymer molding when I bought my M887, especially when Remington did their own tests to prove the durability and reliability of their product. They put their M887 through salt corrosion and water submersion testing. Remington also did another test where 10,000 rounds were fired through a single barrel. Both tests resulted in no leaks and no separation of the polymer molding from the barrel and receiver. Then all my doubts were gone when I found other skeptics online that had recreated these tests and produced the same results.

I really came to appreciate the ArmorLokt molding while out skeet shooting with a buddy one afternoon. During our clay pigeon shoot, a light rain began to fall. My buddy had to immediately cover his expensive Benelli while I was able to continue blasting away. So, I guess there are benefits to a budget friendly shotgun. Don’t get me wrong, the ArmorLokt does have a cheap feel to it like a plastic stock off of a budget rifle, but it is a small price to pay for something that has been proven to help with the overall life of the firearm.

Overall, I like the way the Remington M887 handles. Due to the light weight of the shotgun, I find it easy to use and very easy to maneuver. The fore-end is ribbed and spaced with a tread like pattern in between to increase grip without adding extra weight. I do find the slide action has a nice, smooth, crisp feel to it and I can cycle round through round, firing all acceptable sized shells with no issues at all. When pressing the slide release, it is easy to use due to the large size of the button, which really does help when wearing gloves in colder weather. The position of the slide release is also nice because of the easy access to it so you are able to find without looking. Field stripping is a dream. All you have to do is push out the two pins in the receiver, remove the trigger mechanism, remove the magazine cap and remove barrel, fore-end, and bolt. It’s that simple. The price for this 12 gauge magnum is awesome and deserves a 1-up in my books. I was able to pick mine at Barton’s Big Country Outdoors up for $375.

I don’t really have many issues with this shotgun, but there are some that really grind my gears. I don’t like the stock at all. It’s cheap, hollow, and makes the shotgun feel slightly unbalanced when not propped against your shoulder. I also noticed the M887 does have a minor issue when loading shells into the magazine. The odd time I am able to catch my thumb on the carrier while taking it out and on one occasion I have even got cut. This would be the only shotgun I know that has this sort of issue which can be a big nuisance.

The M887 has been known for misfires where the firing pin does not strike the primer properly due the bolt sitting ¼” away from the locked position. This issue is caused by the trigger mechanism allowing the bolt to slide back from the locked position, and the only known fix is to replace the trigger mechanism. All I can say, this problem seems to occur more with the older 1st generation models and I have never experienced it with mine.

So when it comes to a reliable shotgun, people often consider the Remington 870. But, I have to disagree because I find the Remington M887 NitroMag is by far the better shotgun of the two. By comparing the price with what you get, this “weatherproof warrior” comes with a lot of cool features that won’t break the bank and will guarantee reliability and lifelong use for generations to come. 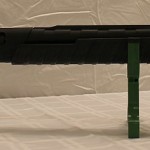 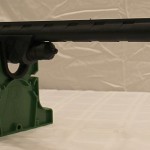 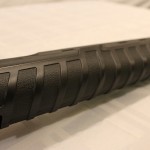 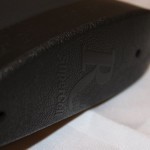 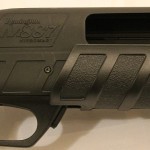 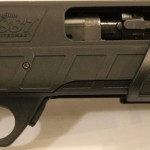 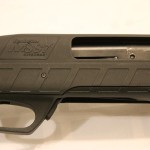 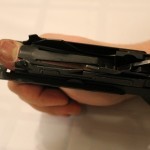 Sometimes your thumb can get caught when loading shells 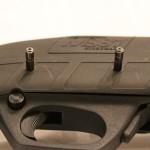 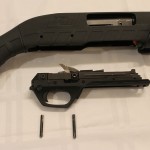 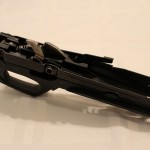 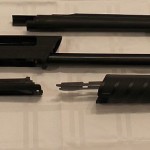 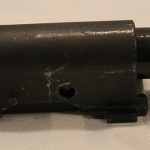 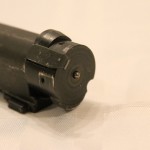 About Hunter On a Budget

Alex Diemand works in the bush and plays in the bush, hunting anything from wild boar to bull elk.
View all posts by Hunter On a Budget →