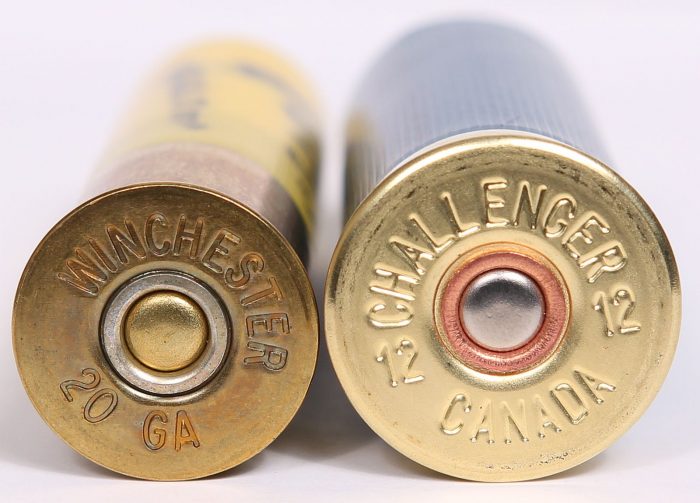 12 gauge is such a popular shotgun shell that most of the time, when people are talking about their “pump action” or “semi auto” shotgun, the gauge is completely left out. Back when fixed chokes were the norm, a 12 gauge was a bit much for small game in close, so the 16, 20, 28, and .410 were used instead. Over the years, the 16 and 28 gauge have lost a lot in popularity, leaving mostly a field of 12 gauges (primarily), 410’s and 20 gauges. In a world where interchangeable chokes are expected, and loads are available at all kinds of speeds and shot weights, is there still room for the 20 gauge? 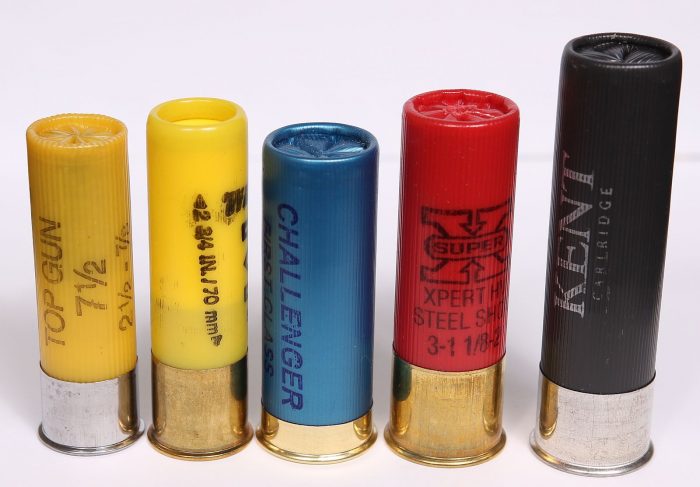 An interesting side note: 20 gauge shells are MANDATED to be yellow, because you can potentially slip them into a 12 gauge chamber, forget that you did, load up a 12 behind it, and then blow up your gun and potentially injure yourself. Even with the yellow color, it happens somewhat regularly.

When it comes to target loads or close in hunting, going with a 20 gauge means less recoil and fewer pellets. That either makes for a less dense pattern on game, or forces you to go with a tighter choke than you may normally use on a 12 gauge in order to maintain pattern density. It’s important to remember that 12 gauge will generally have a wider pattern with less stringing, while a 20 gauge shot with a similar load weight will string a lot longer. Stringing is generally not great, because shotguns are ideally supposed to hit a wide area all at once, not a smaller area over a longer period of time. 410 shotguns are notoriously bad for shot stringing and it’s part of the reason why they make for poor game shotguns compared with 12 and 20.

With slugs, they’re all going to do the job. A deer won’t be able to tell the difference between a 1 oz slug or a 7/8 oz slug at the same velocity. Performance-wise, they’re similar enough. Realistically speaking, it’s going to be easier to find 12 gauge rifled barrels and 12 gauge sabot rounds, but a hunter who prefers a lighter 20 gauge will make it happen. Sabot 20 gauge slugs will be a lot slimmer and a bit more ballistically trim. 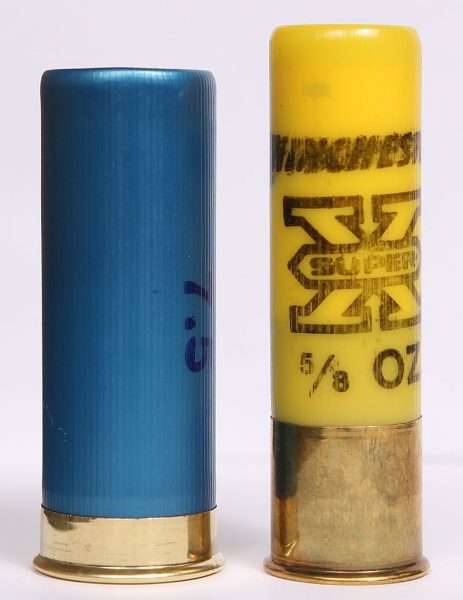 20 gauge shotguns can be lighter than 12 gauge shotguns. They have a smaller barrel, smaller magazine tube, and smaller receiver requirements. Here are a few stats on shotguns that have a 12 and 20 version:

And then there are a few ultralight shotguns out there in 20 gauge like the Beretta A400 Xplor at 5 lbs flat, and the Mossberg 500 Super Bantam at 5.25 lbs.

These lighter weights can cut into the recoil advantage that 20 gauge has over 12 but realistically, you need to really trim down the weight of a shotgun before you make up for the 50%-ish recoil reduction that 20 gauge has over 12. It’s also important to note that there are plenty of lightweight 12 gauge shotguns out there too, so a 20 gauge is only really an advantage when you want a lightweight shotgun AND lighter recoil.

To be straight, there isn’t a great use case for 20 gauge for most people. 12 gauge is much more common, is very flexible in loads, and is a better choice for both waterfowl AND upland birds. BUT, a 20 gauge side by side can be much lighter than a 12, as are most 20 gauge shotguns. Typically coming in a 1/2 pound lighter, and kicking quite a bit less (unless you go for an ultralight 20), they bring slight advantages for shooters who need a lighter gun and less recoil. Unlike 410 shotguns, 20’s are usually not featherweight, and they deliver a much more meaningful payload on target compared with 410. So as a lighter weight shotgun with less recoil, but much more appropriate for use on game than 410, the 20 gauge could be the choice for you.

Adriel has been hunting all his life and tries to apply a practical point of views to his reviews. Find the Hunting Gear guy on Facebook or YouTube
View all posts by Adriel →
Pardus SS Review
Kodiak Defense SKS-KD Review