Designed around the time of World War II, The Norinco M14 is a reproduction of the original semiautomatic firearm. Commonly issued to Allied troops it uses a medium caliber bullet. Retired from combat service long-ago in favor of lighter weight, smaller caliber rifles, the M14 design is now popular with hunting and sport shooting enthusiasts. Here in Canada, magazines are limited to 5, although I wouldn’t be surprised to learn that Borque illegally modified his magazines to get them to full capacity. Magazines are very simple devices, making 5 round limits practically impossible to enforce on determined psychos or criminals. The majority of this rifle is almost boring in functionality. It uses the same cartridge and is similar in firing speed to something like a Browning BLR.

Notice that you’re on a hunting gear website. The Norinco M305/M14S is a popular hunting rifle here because it uses a cartridge common in hunting and is generally reliable. The Mosin Nagant and SKS are other military rifles that now enjoy “retirement” with hunters and paper target shooters across Canada. The sad reality is that rifles, even ones designed in 1954, are far superior in use to pistols. Borque could have used that BLR, a Winchester 30-30, or any one of many other common hunting rifles and had the same results.

I recently wrote an article on Canadian gun stats and if you’re looking for a less biased overview (pretty much everyone who writes on this topic is biased in some way, including me), I’d encourage you to give it a skim.

The Norinco M14S (also called the M305) is a popular sporting rifle in Canada. It’s a copy of the American M14 rifle available in the common NATO 7.62X51mm cartridge and is semi-automatic with a magazine capacity of 5 rounds. It’s popularity is easy to understand when you look for a comparably durable semi-automatic rifle in .308 or 7.62X51. Other rifles in that category cost $1000+ and when compared to the M14’s $600, it’s hard to stop yourself from buying two! Due to an import ban against Chinese firearms in the US, Canadians have enjoyed inexpensive firearms without having to compete against American buying power that frequently results in supply and price issues north of the border. The American made Springfield M1A is pretty comparable to the Norinco M14S in initial accuracy, and both require the same further work in order to reach their top accuracy potential. Again, the price difference with the Springfield clocking it at ~$2000 is pretty staggering. This review will be for new potential buyers of the M14S in Canada and will review what it’s like to use and feed this beast. Want to see what the “shorty” 18.5″ barrel Norinco M14 looks like? Check out the Norinco M14 Shorty Review.

Defining the build quality on the Norinco M14S is a difficult subject, because in some ways it’s superior to alternatives and in some ways, inferior. The forged receiver, for example, is a better quality part than the typical cast Springfield. Dimensionally, the Norinco receivers are pretty accurate. Nothing to the quality of an LRB receiver, but at $800 for just the LRB receiver, you could buy 2 complete Norinco M14S rifles and double your chances at an accurate receiver. The sight adjustments on the Norinco are somewhat dodgy and the flash hider is just downright ugly. The plastic stock that came with mine also had sharp edged corners. These issues are mostly cosmetic. The flash hider can be replaced with a nicer unit for $50-$100, the stock can be sanded or replaced with a nice walnut stock from Boyds for $100, and why not mount a scope instead of using the iron sights? For real issues with the Norinco M14S:

There are other accuracy tweaks that are popular, such as replacing the recoil spring guide or unitizing the gas system, but they may not be strictly necessary in your rifle.

Although the M14 was designed to accept a scope mount, it’s not the best design. Where any common bolt action rifle simply needs $10 bases to accept a scope, you can expect to pay $100-$300 for a good M14 scope mount AND it might not fit. The dimensional requirements to attach the scope mounts, as well as the punishing M14 reload cycle add up to challenging design problems. If you want to get a scope, you’ll also need a cheek rest or a stock that incorporates one, because the standard stocks aren’t really built with scopes in mind. Here in Canada, it can be difficult at times to import certain mounts. Click here for more info on availability of scope mounts in Canada.

An important thing to remember is that this is not a modern bolt action rifle. While I’d expect 1″ groups at 100 meters with the modern bolt action, you can expect groups of 2-4″ with your M14S. There are tweaks that you can do to improve accuracy, but the cheap ones run out quick, and the expensive ones can take your $400 rifle north of $1000 in a hurry. If you’d like to make some of those cheap or expensive fixes, check out the Main Battle Rifles forum on CanadianGunNutz.com

Usability is one of those areas where I think modern rifles have really excelled and handling a design of the 50’s seems to back that up. The safety on this rifle sucks. It’s loud, it’s stiff, and it can pinch your fingers or a glove. Pretty much any tang or crossbolt safety is better. Inserting and extracting the magazines isn’t terrible, but you can’t drop mags free just by pressing the mag release and you can incorrectly insert the magazine if you’re new to the rifle or trying to move too fast. It’s also not a light rifle. It won’t kill you to haul it around hunting, but any bolt action rifle would make for a lot more of a handy package and much more accurate to boot. But, if you’re hunting within 200 yards and you usually still hunt, the M14S can make for a potent hunting rig with a quick follow up shot and many Canadians use it to hunt deer, bear, elk, and more. When punching paper, the M14S is a lot of fun to shoot. The gas system and weight tame the recoil and the semi automatic operation makes it easy to just focus on the target and ignore the rifle while you fire off round after round. Bolt action rifles may be more accurate, but they won’t be as fun. And for all I complain about the usability, it’s not really an issue at the firing range. The bolt holds open after the last round is fire so all you have to do is pop in a new mag and tug the bolt back just a bit to release it.

The Norinco M14S is in a class of its own here in Canada. The Remington 750 is ~$800 but may have issues with wandering zero, the Browning BAR is a great 308 at $1000+, and the Winchester SXR being made by Browning is an even better deal at ~$900. But these are hunting rifles, and it’s hard to imagine that they’d handle the same abuse as a rifle originally designed for the military. Then there are the newer semi auto .308 rifles like the Kel Tek RFB, but at $2400, it’s a bit on the pricey side. There isn’t much that can touch the typical $399 price for the regular length barrel version or the $449 for the short barrel version. If you’re more price sensitive, used SVT40′s are going for $200 within Canada at the time of this writing. Considering the price, it’s hard not to justify buying one. 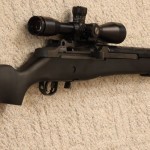 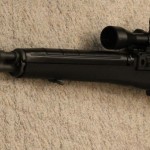 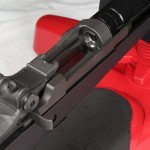 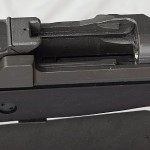 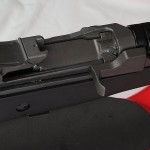 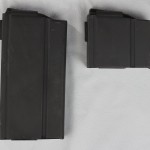 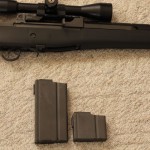 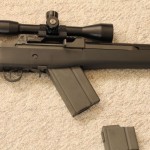 “Rocking in” the M14 magazine 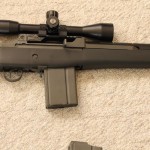 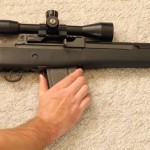 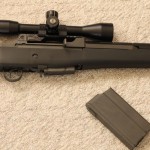 5 round magazine in the Norinco M14S 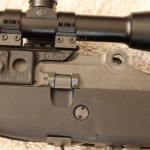 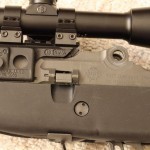 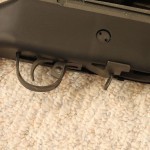 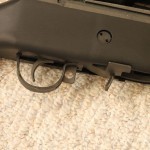 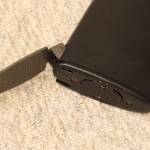 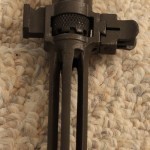 Reviewed by Adriel Michaud on Jul 9, 2012
product
An inexpensive way to get into a full power semi-auto
The Norinco M14S is in a class of its own here in Canada. The Remington 750 is ~$800 but may have issues with wandering zero, the Browning BAR is a great 308 at $1000+, and the Winchester SXR being made by Browning is an even better deal at ~$900. But these are hunting rifles, and it’s hard to imagine that they’d handle the same abuse as a rifle originally designed for the military. Then there are the newer semi auto .308 rifles like the Kel Tek RFB, but at $2400, it’s a bit on the pricey side. Simply nothing touches the typical $399 price for the regular length barrel version or the $449 for the short barrel version. Considering the price, it’s hard not to justify buying one.
Rating:4