By Adriel on September 21, 2014 in Rifle Reviews, Rimfire

After publishing a review of the Savage 93R17, it only seemed to make sense to review the Marlin XT-17. Maybe next year I’ll get my hands on a CZ and a Ruger American but for now, let’s take a look at this Marlin! This particular model is the XT17V, which comes with a 22″ heavy blued barrel and laminate wood stock. It’s a bit classier than the base model, and yet still under $300. I’m a huge fan of the value that some of the Marlin firearms bring to the table, and am apt to recommend a Marlin 795 to anyone who’s looking for their very first rimfire rifle, so I had high hopes for this one. At around $360 in Canada, it’s a relatively inexpensive way to get into 17 HMR.

The XT Pro-Fire adjustable trigger is similar to the Savage Accutrigger and offers a nice, light, safe trigger pull. The safety is a pretty standard 2 position toggle on the right, and the bolt is released with a pull of the trigger, like many other rimfire rifles. Thankfully, the rifle comes with weaver bases pre-mounted. If you’ve read any of my other rimfire rifle reviews, you’ve probably seen that I’m not a huge fan of the typical 3/8″ dovetail on 22LR for mounting scopes.

The laminate stock looks like a Rimfire Hunter Boyd’s in Nutmeg finish and offers a classy, yet strong touch to the rifle without getting into expensive woods.

The 4 shot mags mount flush with the bottom of the stock and are the better choice for long walks where you’d be holding the rifle on the bottom or when slung, such as on a coyote or fox hunt. The 7 round mag extends well past the stock and would be a slightly better choice in a target-rich environment like an infested gopher field. The 7 round mag will also jam into your back when the rifle is slung so it’s best used when doing lots of shooting. I’m not a super fan of weird capacities, and would have rather they just went straight to a 10 round mag. It’s very easy to slide the top of a box of ammo open and spill 10 rounds into your hand, but a bit of a pain in the butt to carefully fish 7 out.

So far, we’ve got about 1″ at 100 yards, though more ammunition testing is coming up.

Just like the Savage 93R17, the intended use for a rifle like this is for accurate hits out to ~140 yards, primarily from prone. The heavy barrel is perfect for sustained fire at medium range varmints, but not so great for hauling around all day. To that end, it might have been nice to get double sling studs up front so that one could be dedicated to the bipod and the other used for a sling. After using both this and a Savage 93R17 in quick succession, I could find very little difference between the two rifles. So far, the Savage has been more accurate because we’ve found an extremely accurate load for the Savage (it puts CCI 17 grain VMax bullets into .3″-.6″ groups at 100 yards), but that’s not to say that we won’t find a similar load for the Marlin. To be direct, the two rifles are identical for all practical purposes. Buy whichever one comes with the stock/finish/price point that you like, and you’ll be well served. 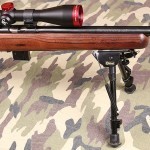 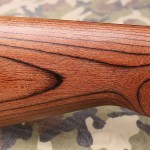 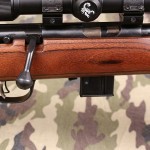 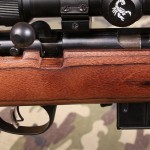 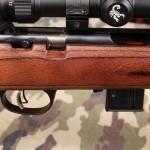 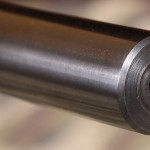 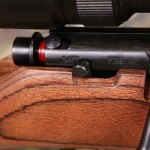 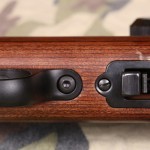 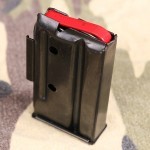 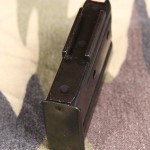 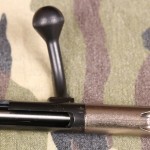 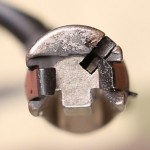 Adriel has been hunting all his life and tries to apply a practical point of views to his reviews. Find the Hunting Gear guy on Facebook or YouTube
View all posts by Adriel →
10 Reasons Why I Love Hunting Deer in Winter
HGG is on Gun Owners of Canada