When it comes to big bore rifles for North American game, there’s 1 rifle that stands out as the biggest practical bore to use for short range game busting, the Marlin 1895. Chambered in the ancient 45-70, the 1895 can fire uploaded rounds to stoutly knock down deer, bear, elk, and anything else in North America.

To put it simply, 45-70 is not super convenient for hunting. There are 3 power levels (original, lever, and falling block) that complicate the already meager ammo offerings at the local gun shop. And if you’re hunting with your 1895, you want the powered up lever action loads because they make a big difference in the effective range of this round. Hornady’s LEVERevolution product helps extend range and is made for lever action rifles and is the plain choice for extended range factory loaded ammunition for this rifle. Depending on your shop, you may find some heavy duty stuff, but it’s certainly not wide-spread. Once you get into reloading, there are some really good options out there.

Reloading the 45-70 for Hunting

Again, not incredibly convenient. There are 45 caliber bullets for 45 ACP and 45 Colt that can confuse reloading for the 45-70. That, and Hornady’s FTX bullets that they use in their Leverevolution line does not work with regular length 45-70 cases, they need a much more trimmed down case that’s practically proprietary to Hornady. So you have to make a choice, run with Hornady’s cases and bullets for reloading or go with the standard length cases and bullets. If you want maximum extended range, Hornady is the clear solution. Their FTX bullets are at least somewhat streamlined and they offer ballistic co-efficients that are much better than regular 45-70 fare. If you want wicked short range power and penetration, there are some big bad lead bullets in the 300-500 grain range that can provide crushing power without making a big mess on the inside of whatever you shoot. I chose to load this particular 45-70 up with factory length cases and 405 grain flat nose lead bullets. The recoil is jarring, but it offers a lot of energy for short range shots.

Have you played around with Marlin 336’s? If you have, you already have a very good idea of what’s in store with the 1895. Side eject, side loading tube magazine, decent ergonomics with the pistol grip stock. There is a straight grip stock available and I can’t say I’d recommend it. It forces my wrist and elbow to jut out at an awkward angle, while the grip offered in this one is alright. I found the checkering on my model to be sharp and grippy. One big knock I have for this rifle is the included buckhorn rear sights. They’re just terrible for accurate work and they’re not any faster than a plain blade rear sight. Nostalgic, maybe. . .but this is a hunting rifle. If you choose this rifle, budget for a value rear peep or pricier rear peep sight or a robust red dot like the Vortex SPARC. If you do choose to mount a riflescope, you’ll need to add on the hammer extension. Keep with low/fixed/simple zooms, because this rifle really shines with close action, it is not a ridge sniper.

Quality on this particular model was OK, but a few things weren’t all that great. One was the blued finish. On the receiver, the finish was pretty thin and the condensation from coming in after a cold morning hunt caused light surface rust by the afternoon. I take care of my guns, but that kind of fragility wasn’t very confidence-inspiring. I now keep the receiver with a thin coat of oil on it to prevent further rust.

Overall, this is a pretty cool gun because of the chambering and cost. As a secondary rifle to take into the bush when close shots are assured and quick follow up shots may be needed, a lever action rifle can be quite handy. If elk, moose, or bear are on the menu, this is a better choice than a 30-30 and will be quicker to reload than a magnum bolt action rifle. If you’re looking for a bear buster, this is it. 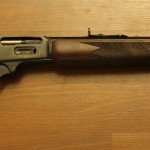 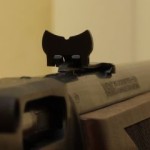 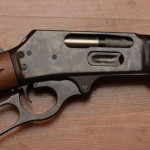 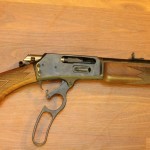 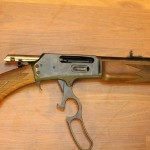 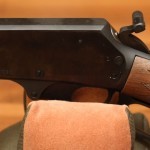 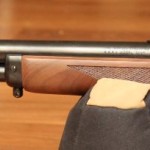 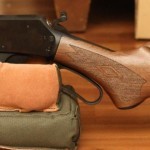 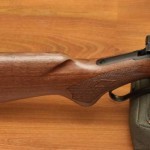 Adriel has been hunting all his life and tries to apply a practical point of views to his reviews. Find the Hunting Gear guy on Facebook or YouTube
View all posts by Adriel →
Aftermarket Stocks for the Marlin 795
Hogue AR15 Free Float Tube Handguard Mini Review