Way back in 80s & 90s, Bushmaster bought the design for a bullpup rifle called the M17S. It was a short stroke, gas driven semi-auto that uses many AR180 parts in a bullpup configuration. Bushmaster stopped making it but more recently, K&M Arms has brought out an upgraded version of the bullpup rifle and on top of that, they’re getting 223 and 308 versions for Canada. The version tested here, the M17S-C is the Canadian barrel length, non restricted version.

The K&M M17S has some really high end touches for a rifle that you get out of the box. Namely: a very high quality adjustable trigger pack, ambi mag release and ambi safety, adjustable gas system, and modular forend. Those features don’t show up on the cheapest AR15’s out there. Many of the other specs are surprisingly solid choices:

Triggers are usually pretty bad in bullpups due to the linkages they need to connect the trigger with the hammer/sear at the back of the gun. The IWI Tavor I reviewed had a miserable heavy and gritty trigger, while the T97 was very long, but not too heavy. K&M’s version of the M17S has a fantastic drop-in trigger pack and well designed linkage. I measured the trigger at a short pull and at 4 lbs in weight. I think it’s an Elftmann, and those go for about $300-$400 here in Canada, so this is a huge addition to the rifle and its value.

I’m a big fan of the AR180 action. While I don’t think it’s superior to the AR15 action in every way, it’s a very robust, simple, smooth action. The way that K&M integrated their charging handle in the system was super smart. The M17S differs slightly from the AR180 where it uses a triangular bolt head. The gas system uses the cup and piston of the AR180, also very similar to the SVT40.

The gas system differs in that it uses an adjustment screw that’s accessible from the front via a flathead screwdriver, so you can adjust the amount of gas activating the action.

The charging handle is a sleeve that slips over either of the dual guide rods and pushes back against the bolt/bolt carrier group. It’s clearly a high quality, well designed setup that’s far better than the weird carry handle/charging handle on the original M17S.

The upper on the K&M M17S is an extruded piece of aluminum that maintains its profile for the whole length, but it importantly differs from the original M17s in a few ways: 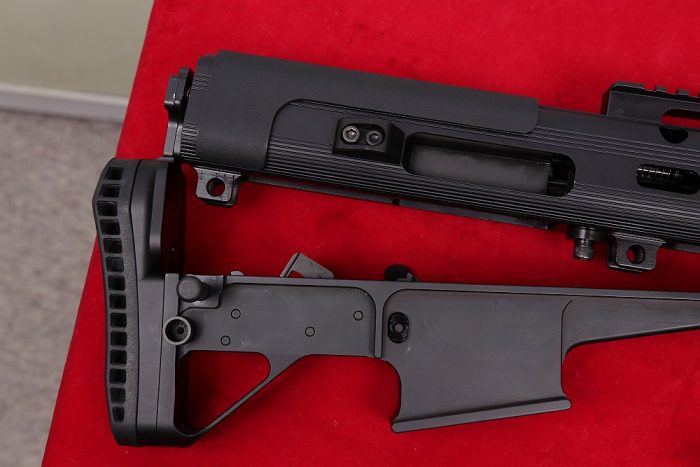 Dare I say that field stripping is easier than an AR15? 2 pins hold the upper to the lower, and pushing out the rear one allows it to pivot on the front: just like on an AR, but the bolt, guide rod and spring assembly can just be taken out the back afterwards. No turning the bolt to the right spot since the bolt is spring loaded, no fiddling with a charging handle to get it into a slot, it’s all just there and it is ready to just fall out since the rear is unlocked and the Bolt Carrier Group (BCG) is effectively disengaged from the rails.

Shooting the M17S comes with some of the standard bullpup rifle consolations: they’re harder to shoot from a rest or rested with the forend on anything, reloading magazines in your armpit is a pain in the butt, and they have higher sight over bore than a traditional rifle. On the bright side, they’re super close to the body when shooting offhand so new shooters love em, and they’re super easy to carry from a sling since they’re so compact. They don’t get in the way like a long traditional rifle does.

When you package the price with the fantastic trigger, solid design, and premium materials, the K&M Arms M17S is easily the best bullpup 223 available in Canada. The charging handle is a delight to use, the safety is up front, the rifle cycles really nicely, the trigger is fantastic, and accuracy is great. If you want a bullpup rifle, definitely check it out. 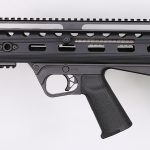 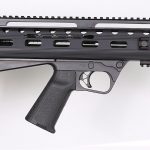 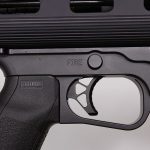 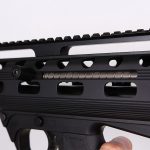 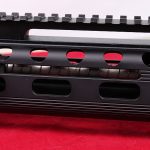 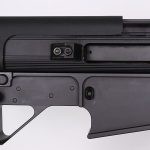 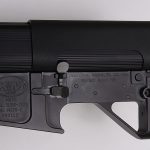 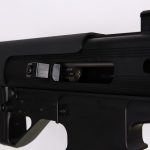 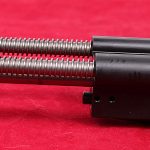 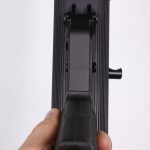 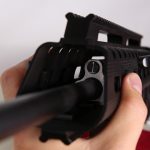 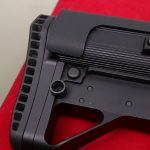 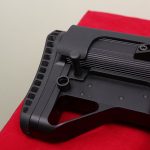 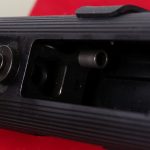 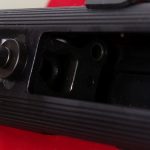 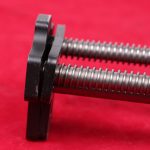 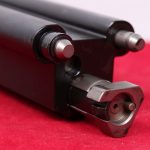 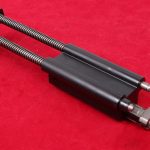 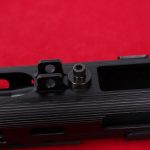 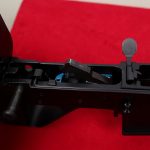 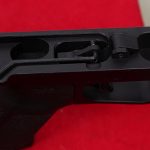 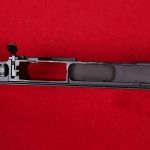 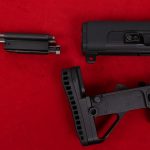 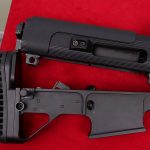 Adriel has been hunting all his life and tries to apply a practical point of views to his reviews. Find the Hunting Gear guy on Facebook or YouTube
View all posts by Adriel →
Ruger 77/44 Review
Kel-Tec KSG Review