Just a quick update on my buddy’s Savage 10TR.

We’ve mounted a 3 gill brake from Colonel Mustards. Colonel Mustard’s is fairly new on the scene, and sell a lot of AR15 and NCStar accessories. Which, in my case, was perfect because my buddy didn’t want to spend $100-$150 for a brake. I think I’d have to shoot lighter bullets to get more gas up front working on that comp to make a bigger difference but for now, it’s made the already heavy and easy shooting Savage 10TR even easier to shoot at the range. This brake adds 8 ounces (220 grams) to the front of your barrel but really cuts the recoil down.

I’m getting some really respectable groups from 168 grain SMK’s with H4895: right between 0.5″ and 0.7″ at 100 yards. One thing of note for reloaders out there: the chamber on this rifle is cut very tight. Even set to minimum book OAL, I was jamming my 168 SMK’s hard into the lands and I still got very good accuracy. Next up, I’d like to try 175 grain Berger VLD Hunting bullets so my bud is setup for hunting season. I’ve got a couple pounds of CFE 223 that I’d like to try because they’ve got an anti-copper fouling additive (CFE = Copper Fouling Eraser) that might help with fouling over long term. Mostly, I’ll be using CFE223 because it’s what I could find. Powder availability is still miserable here. 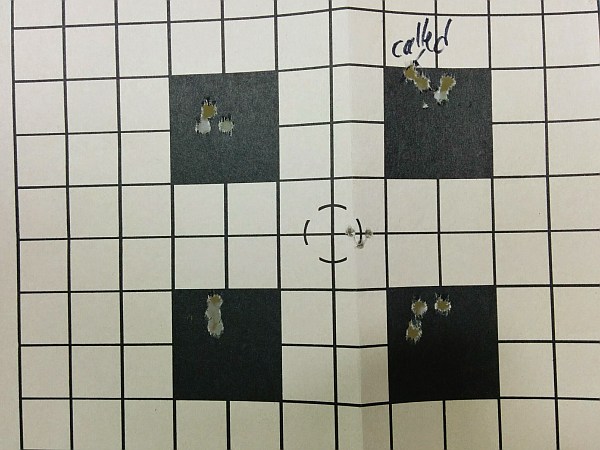 That middle group from my Savage 93R17 BTVS is downright tasty, but the others are excellent as well. I fired 4 at the top right because at the split second I pulled the trigger on one shot, I saw the crosshairs veer left. That was my fault, so I called myself on it and fired another round.

Adriel has been hunting all his life and tries to apply a practical point of views to his reviews. Find the Hunting Gear guy on Facebook or YouTube
View all posts by Adriel →
What’s the best caliber for hunting large game?
Savage Model 10 Aftermarket Stocks