What kind of rifle is this? Most owners of such a rifle would call it an “AR” or “AR-15”. I think, when speaking to non-gun owning people about rifles like this, we should stop referring to them as “AR’s”.

The Problem: Language and Baggage

One of the biggest problems is a difference between what gun owners know: that “AR” refers to ArmaLite-15 pattern rifles, and how many other people think “AR” means Assault Rifle. An ace in the hole here for the gun community is that “Assault Rifle” is a phrase that has a technical definition. An assault rifle is a selective fire rifle that uses an intermediate cartridge and a detachable magazine. No one in Canada is using select fire rifles at their 3 gun events, so it’s easy to call out journalists and anti-gun writers on their faux pas. 99.9% of the time, they’re incorrect when using the term “assault rifle”.

Since journalists and anti-gun crusaders were getting shut down on their incorrect use of “assault rifle” they made up their own phrase: “Assault weapon“. The definition of this phrase is wishy washy and up to the user. Basically, any firearm that looks kinda scary. The wordplay is beautifully deceptive:

It’s purposefully incorrect in its construction to portray more risk than is really there. If you used the strict definition of the words, an $80 Saturday night special Lorcin would live up to the promise of being used for criminal assault better than a $2000 LMT.

What we Should be Pushing: Modern Sporting Rifle

The National Shooting Sports Foundation out of the US took a swing at the problem in 2009, and I think they got it right by creating a new classification of “Modern Sporting Rifle”. 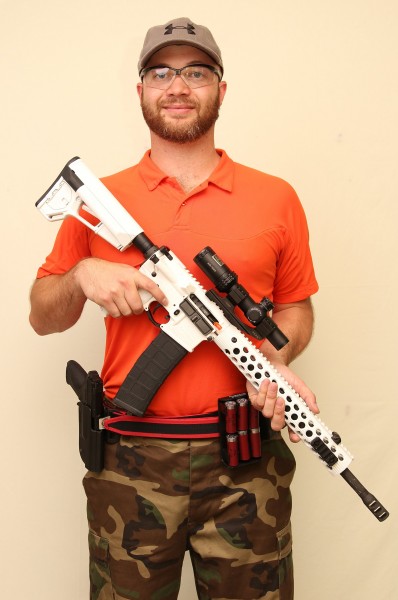 Personally, I think “MSR” or “Modern Sporting Rifle” don’t really belong at the gun club. If I ask someone at the club “what kind of rifle is that”, and they’re holding an AR-15, I expect them to start breaking down the make/model/add-ons. We’re all enthusiasts, so I want the goods. I’d be kinda pissed if they said “It’s a Modern Sporting Rifle”. Instead, I think the use of “Modern Sporting Rifle” is a better term to use when speaking to newbies, general public, anti-gun crusaders, journalists, etc. It’s a more definitive term for a broad classification of firearms, and it does a better job than “Assault Rifle”, “Assault Weapon”, or “AR” at describing what we’re using these days to compete, punch paper, hunt, and enjoy at the range.

What I Think Should Qualify as an MSR

Pure personal opinion here, as I’m bucking what the originators thought this should cover:

I don’t think cartridge should be a variable, because something like a Nemo Arms Omen in 300 Win Mag should still be an MSR.

What I Think Shouldn’t Qualify

Many other industry sources struggle with a category. Remington calls their R-15 line “Autoloading centerfires”. The term is used sporadically in gun press. I’m not sure if it’ll get very far, but I think we should try because it’s a better, more descriptive phrase than what the anti’s have tried to make up and it speaks to what the rifles really do.

Adriel has been hunting all his life and tries to apply a practical point of views to his reviews. Find the Hunting Gear guy on Facebook or YouTube
View all posts by Adriel →
Mossberg Blaze Review
Hunting Rifles for Beginners