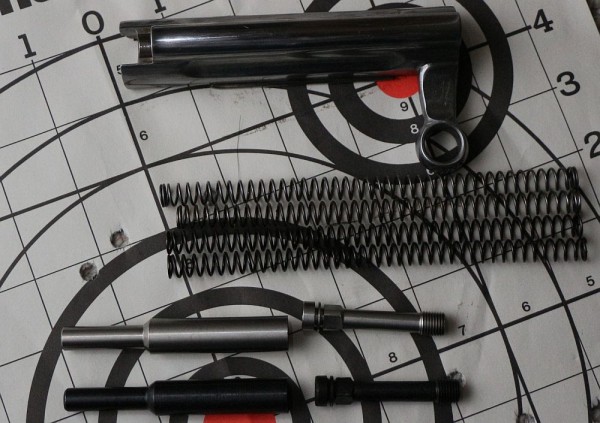 Just a quick one that I wanted to share, because parts for the SVT-40 are pretty tough to find, and it’s always cool to find suppliers out there. The gas piston on my SVT40 was. . .pretty rough and corroded from its WWII action, and because it was refurbished, I’m not worrying about keeping it original and about losing too much value. The inside of my gas piston looked like a nasty old sewer pipe, and I found a supplier that made them in stainless, so I decided to replace them. The new stainless piston/cup set should cut down on the critical cleaning on the gas system, necessary to keep corrosive salts from surplus ammo from chewing up your gas system. (here is where I got my stainless replacement parts)

Installing is easy, since it’s just a part replacement. Instructions were included by email. 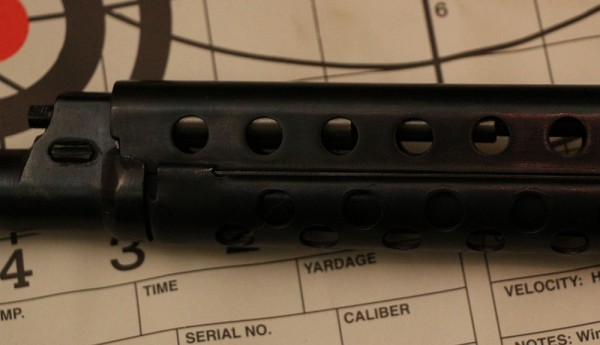 Stainless peeking from behind the upper guard

Someone with a trained eye might pick out your glinting stainless from behind the handguard, otherwise your rifle will just operate more reliably and clean up in less time.

The same guy who sells the cup/piston sets also sold recoil springs, and given that mine were 70 years old or so, I thought some replacement ones might work better. They are quite a bit stiffer than the originals, which may have lost their punch over the decades, so we’ll have to see if my gas system has enough oomph to push them all the way back.

The bolt itself isn’t a replacement part, but I thought since I was going all the way with tasteful modifications, I should polish it back to the original color instead of the somewhat ugly plum color. Read more about polishing an SVT-40 bolt here.

I’ll be firing the rifle this weekend, so I should have an update soon on how it impacted reliability. ***Update***: Reliability was massively improved. Only 1 stoppage out of 50 rounds fired this weekend, which is a huge improvement from where it was. Still having a few bolt hold opens skip on me, so I might try reducing gas to 1.5 and see if that reduces bounce and gives the bolt hold open time to get up and block things up. Very happy with the improvement in reliability.

Adriel has been hunting all his life and tries to apply a practical point of views to his reviews. Find the Hunting Gear guy on Facebook or YouTube
View all posts by Adriel →
Primos Hoochie Mama Pack Review
T.E.C. Trade Ex Canada