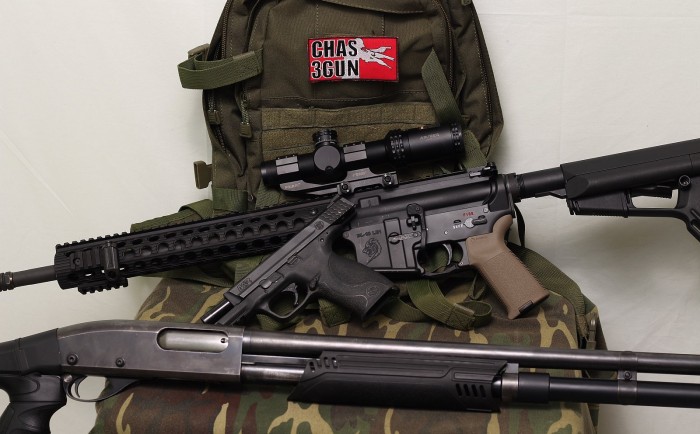 I couldn’t find a lot of starter info on gearing up for 3-gun competition as practiced here in Canada, so I thought I’d put together a ton of info specific to Canada as I found it. Don’t care about shotguns and pistols? Check out my article on Canadian Service Conditions Competition. Disclaimer: I’m just an “internet expert” and don’t really know anything. But I like shooting.

Pistols for 3 Gun in Canada 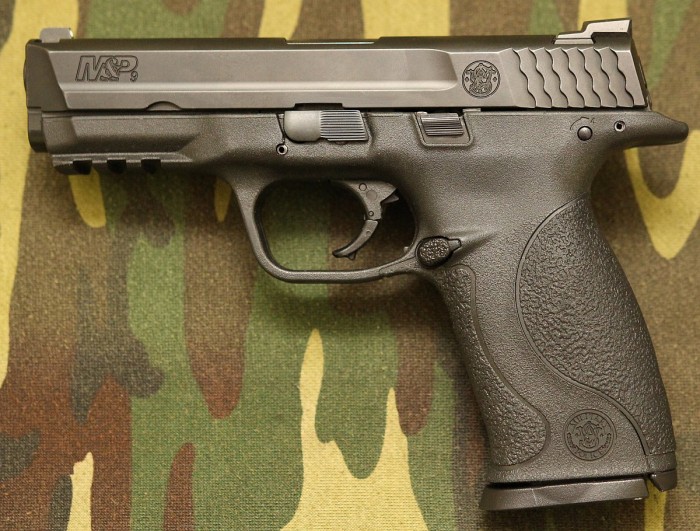 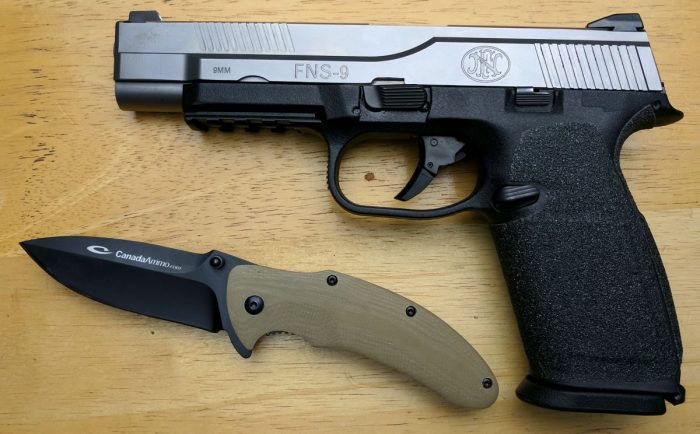 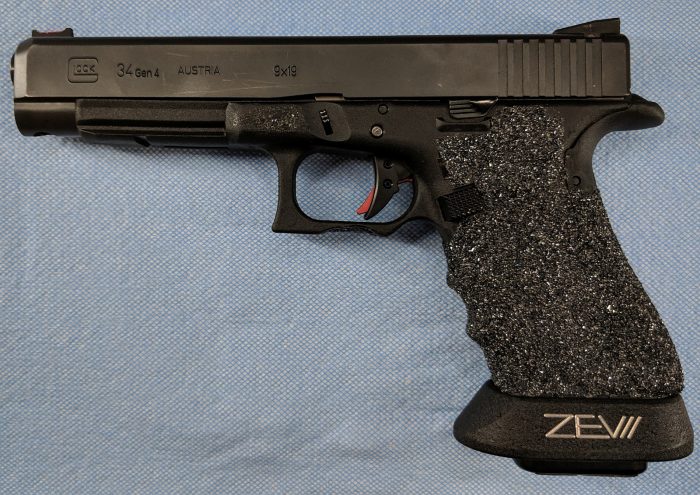 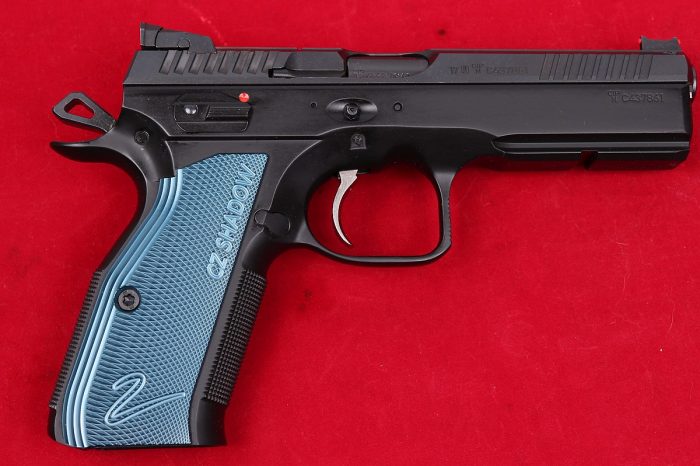 Pistols used in Canada closely mirror what is popular in the US. Even though we’re limited to 10 round magazines, aftermarket support and prices are still very similar to that in the US. Glock’s, M&P’s, SR9’s, CZ’s, STI’s, Tangfoglio’s and all sorts of interesting stuff on the higher end of the price range. One difference that you may see in a Canadian 3-gun match is that some competitors will be rocking inexpensive Norinco 1911’s and NP34’s. At around $300, these Norinco pistols are a very cheap way to get into pistol sport, though their fit and finish leave a lot to be desired. The new Turkish Girsan MC28’s are just as inexpensive as the Norc’s, but will come with better consistency in quality and might make for a better choice. 9mm is clearly the most inexpensive and popular caliber used. The CZ Shadow 2 has a fantastic single stage trigger, but is slightly more complicated (with a safety & hammer) than a simple striker-fired pistol like a Glock or M&P. It’s slightly faster and less complicated to just dump a striker fired pistol than to actuate the safety on a Shadow. At the extreme high end of 3 gun pistols, the STI 2011-series pistols are amazing to shoot but are very pricey.

Here are some options across the price range, and their going rate in CDN$.

Pistols for Open Division in 3 gun:

When you’re picking a pistol, don’t forget that you’ll need 4-5 magazines, a holster, and magazine pouches. Some of the more inexpensive or less popular handguns are difficult to get decent holsters and mag pouches for. Don’t buy a weird pistol and then try to run it with a shitty textile holster.

Shotguns for 3-Gun in Canada

There are some special considerations due to magazine restrictions here in Canada. Pump shotguns are not limited in magazine capacity, but semi-automatic shotguns are limited to magazines that hold 5 rounds of the length that the shotgun was designed for. That last part is important, and you’ll see why in a minute. So, you’ve got:

Pump shotguns with tube magazines can be the cheapest way to get into the sport. Most commonly, these are Remington 870’s and Mossberg 500-series shotguns with extensions that crank up magazine capacity from 4 rounds to 6-8. (depending on your barrel length and how far you want to go) If you go with a bullpup, dual tube shotgun like the UTAS UTS-15 or Kel Tec KSG, you’ll have 15 rounds in your pump action, but reloading and jam clearing are a lot more difficult than with a typical pump action. If the stage specifies that you start with a dry shotgun or with only 5 or 8 rounds in the tube, a KSG or UTAS shooter is totally hooped.

Pump shotguns with box magazines, such as the SAP-6 and Brixia/Valtro PM5 provide a much faster way to reload and a huge capacity with 11 round magazines. BUT, check your local club’s 3-gun rules, as mag-fed shotguns may put you into a higher class like open.

Semi-automatic shotguns with tube magazines are limited to 5 rounds, but that’s not the end of the story. Because if you’re using 2 3/4 shells in a shotgun designed to hold (5) 3.5″ shells (like a Remington Versa-max), you’ll be able to fit (7) 2 3/4″ shells in the tube, 1 in the chamber, and 1 ghost loaded and still be legal. It doesn’t have to make sense, it’s Canadian law. Check out my article on Canadian Shotgun capacity if you’re interested in learning more. Generally, higher cost semi-automatic shotguns are more reliable.

Semi-automatic shotguns with box magazines are limited to 5 round magazines, unless they’re using magazines designed for a pump shotgun. Here in Canada, the Derya Mk12 and Typhoon F12 are the most popular mag fed shotguns.

Just a quick note on chokes: try to get a shotgun that has some kind of choke. Cylinder-bore on a short barrel makes birdshot spread quick and you may have problems knocking down plates on a Texas star if you’re rocking a tactical shotgun with a short, cylinder-bore barrel. Most of the competitions I go to are well served with an IC or M choke.

Rifles for 3-Gun in Canada

AR-15. Done. It’s restricted, but so is your pistol. If you want a rifle that is going to serve as a hunting/bush rifle as well as a competition rifle, you’re going to need to pay a lot more. The AR-15 is clearly the most popular rifle used in the sport and for good reason:

Beyond the AR15, the real options are the non restricted AR alternative rifles like

That all said, an AR-15 of some flavor is easily the most pragmatic choice you can make. 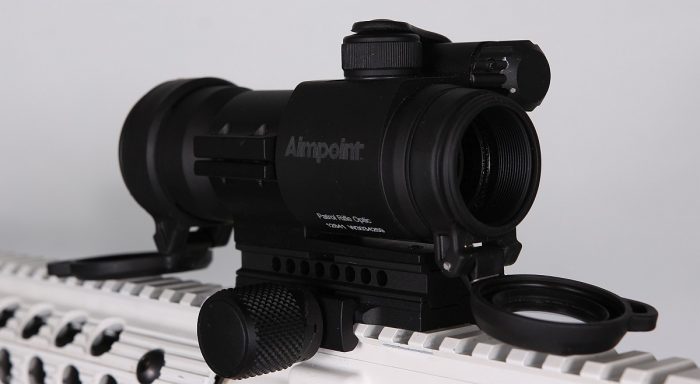 For Open division, put a scope on top and a mini red dot on a 45 degree mount.

Belt vs Tactical Vest vs Battle-belt 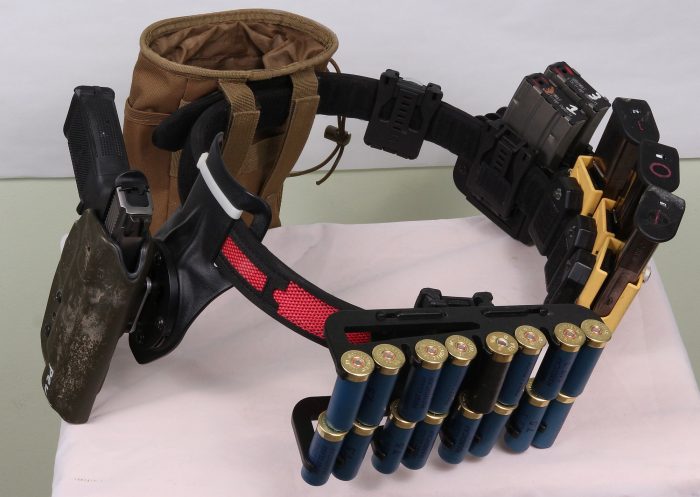 To carry your gear, there are a few options.

These belts are generally a better option for competition and gear that uses 1.5″ belts is generally optimized for cost and competition. That said, these belts suck in winter as they don’t work well when you’re wearing a jacket. That can be a consideration if you’re in a part of Canada that gets snow in Spring when the first matches start to occur.

It’s generally trivial to find great holsters and magazine pouches that work with 1.5″ belts, but it can be a bit tougher to find AR15 mag pouches at a reasonable price. Blade-tech AR-15 single mag pouches are $50 each from most places in Canada, which is kind of pricey. Competition shotshell carriers are generally built to use 1.5″ belts.

Vests and other LBE come in a million different flavors. Many come with more AR pouches than you’ll ever need, some also come with pistol mag pouches. These rigs can be more comfortable to wear all day compared to a belt setup. The textile pouches that are used are usually just a bit slower because they use bungee cord or velcro to retain magazines. Most use MOLLE straps so that you can add or configure them to suit you. Shotshell holders built for these tactical vests aren’t generally built for speed. But, if you want lots of AR and pistol mag pouches for a relatively low price, a tac vest or chest rig can do the job and are readily available in Canada or ordered online. Vest-mounted, cross-draw pistol holsters aren’t allowed in some competitions. If you treat 3-gun as training for SHTF, I guess this is the gear you should run. Just be sure to shout “Wolverines!” before you start every stage.

A battle belt is a kind of a mix of the two systems above. It uses MOLLE attachment points, and some even offer 1.5″ belt attachment points for a drop holster. These give you access to the textile style pistol and rifle mag pouches like the TACO and can be easily worn outside a jacket in cold weather. Many are padded and are not meant to replace a pant belt. 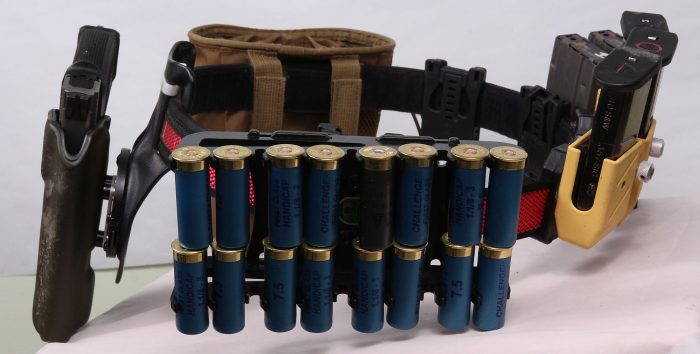 Bringing Everything out to the Range

For ammo, I personally love the size of Canada Ammo’s “Fat Fifty” ammo can. It’s a bit wider than a typical 50 cal ammo can, and it seems to perfectly fit just what I need for a 3 gun match: 4 boxes of birdshot, 20 slugs, a big box of pistol ammo, and a few hundred rounds of 223. 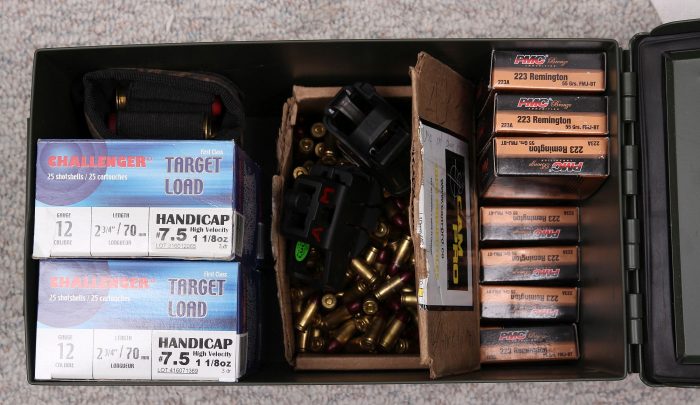 For magazines, I used to just throw them in a range bag, but a guy at my range made this slick magazine pouch carrier. Again, it’s perfect for the task: it fits 6 pistol mags and 4 rifle mags, more than enough for a match. 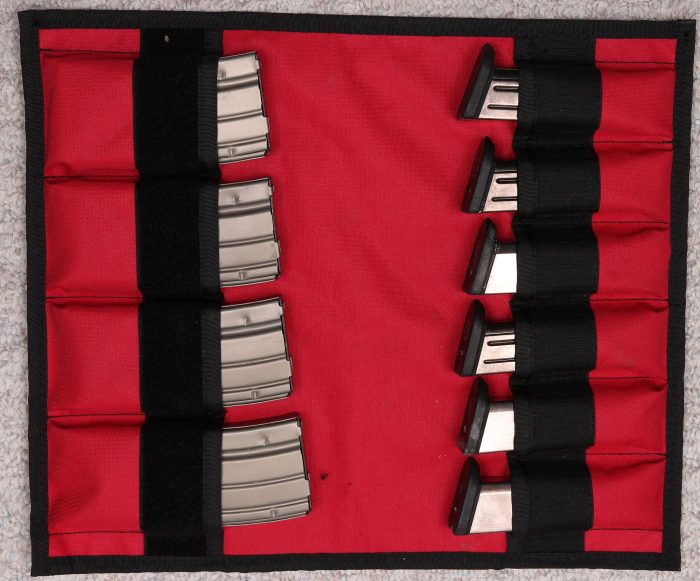 For a case, I use a double rifle Plano case. There are better cases out there, but this one was $50 and it fits my shotgun, pistol, and rifle in it. I use combo locks on my guns and a combo lock for the case itself so that I never get stuck at the range on on the way to the range looking for my forgotten keys. Ahem, like my buddy Shawn.

For other things that I bring out to a 3 gun match: eye protection, ear plugs AND electronic muffs, sunscreen (this kids stuff has a lockable cap so it won’t spray out in your bag), mosquito spray, food for the match, backup meal bars in case, and tools just in case. This leatherman has come in handy lots of times! Don’t forget to bring a ton of water: you’re going to be outside for 8 hours, you need to stay hydrated. 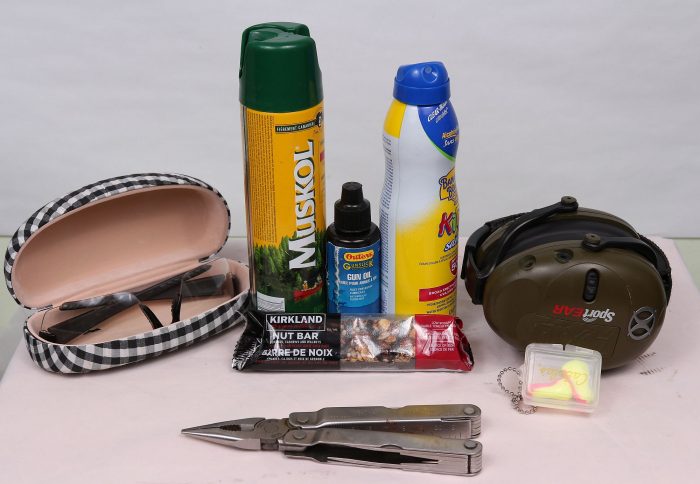 Here’s the cheapest setup I could think of:

At minimum, it’s about $1600 to fully gear up. It will be cheaper if you already have some of the firearms or gear.

Where to Buy 3 Gun Gear in Canada

I had a heck of a time sourcing 3 gun gear, so I thought I’d document where I found things along the way.

Brownells | US | ships to Canada and has a huge inventory. Crappy exchange rate between CDN and USD right now.

SFRC | Harrowsmith, ON | Excellent inventory of all sorts of stuff

Did I miss a dealer or grossly mess up something in this article? Let me know in the comments and I’ll fix it!

Adriel has been hunting all his life and tries to apply a practical point of views to his reviews. Find the Hunting Gear guy on Facebook or YouTube
View all posts by Adriel →
Savage 64 Review
WR762 Review: A Canadian VZ58/CZ858?