One area where hunting optics haven’t developed very far is in compact optics. On a nice light gun build, bullpup, AR15, or other rifle where you need a bit of magnification in a tight and light package, they fit perfectly. The tradeoffs to a scope that is shorter than a longer standard scope are real, but it seems as though most scope manufacturers opt out of this category. To see where they fit in, take a look at other low zoom, compact optic categories:

When it comes to the compact scope form, most are fixed zoom and the most well known is the Trijicon ACOG. In my civilian eyes, this is the perfect form factor combining medium distance optics with compact size. The ultra reliability and illuminated reticle are nice, but not really necessary for casual hunting. Those attributes along with the military pedigree add significantly to the cost of this optic. Beyond the ACOG, you’ve got a slew of cheap ACOG knockoffs and 1 or 2 real options. One of those options is the Burris AR-332. The other is a new entrant by Nikon called the P-223. I think it’s based very closely on their 3×32 crossbow scope just from looking at the two together, but don’t quote me on that. At the very least, the price is great at right around $150 in the US. 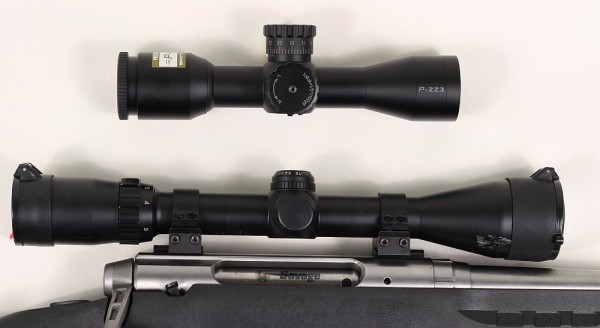 With an overall length of 8.1″, the P-223 is very compact. Importantly, there’s no bulky zoom ring at the rear and dimensions are nice and small. Unlike the Burris 332, the Nikon is styled very much like a traditional scope. The Nikon does not come with a lit reticle, an option I don’t really need to pay for in extra weight or cost anyways. It does come with a BDC reticle to help with quick, long range shots. Now, the confusing part for me was why the heck they went with target turrets instead of traditional covered turrets for windage and elevation. It seems to me like a lapse in judgement on Nikon’s part. This is a tight little scope with elevation built in to the reticle, so why the heck would they add bulky external turrets that can be bumped and accidentally spun? 223 is a great little round but in my opinion, target turrets only really help when you’re making really long range shots, the kind that 223 and a 3X scope are poorly suited for. Especially since the reticle is etched with holdovers for more than reasonable distances. Aside from the target turrets, I found the size and form of the scope to be very well suited to my application. And since the scope uses a 1″ tube, you’ve got lots of options for rings.

The scope comes in a box that looks like it came right out of the 90’s with dark red and black gradients. If I had seen this box alongside others in a gun shop, I would have assumed it had been sitting there for a couple decades. All joking about the box design aside, on the inside of the box is the scope, some scope caps, scope manual, BDC manual, etc. It feels a bit cheap, but I’d rather they spent the money on the optics than the box. The scope caps aren’t complete crap, but I’d still rather have flip up caps instead of the bra strap ones. If you use Butler Creek scope caps you will need a #14 eyepiece and #17 objective for this scope.

The BDC Carbine Reticle itself is a bit fine for fast, close up work and would not be a great choice for hunting in the dark. The 32mm objective pulls in plenty of light and would be perfectly usable as a short-midrange coyote scope even into dusk, but the fine black reticle would be too tough to pickup once it’s too dark. If you want any better, you’d have to go with a lit reticle and the bulkiness, complexity and added cost that they bring. The BDC Carbine reticle is to be zero’d at 200 yards and then the hash marks are good for 400 and 600 yards. As much as I complained about the target turrets, they did make it really easy to adjust when initially sighting in the scope. The 1/2″ adjustments got me on paper quickly and resetting the turret to zero by simply pulling it up and moving it to the ‘0’ mark was quick and pain-free. Much easier than the allen key reset on the Bushnell 10×40 Tactical scope. If you were a 3 gun competitor and you knew the distances you were firing at, I guess you could use these turrets to pre-dial yourself in for each specific range. If that’s your purpose, you might want to check out Nikon’s Spot On site where you can buy custom turrets that are dialed in for your load and drop. 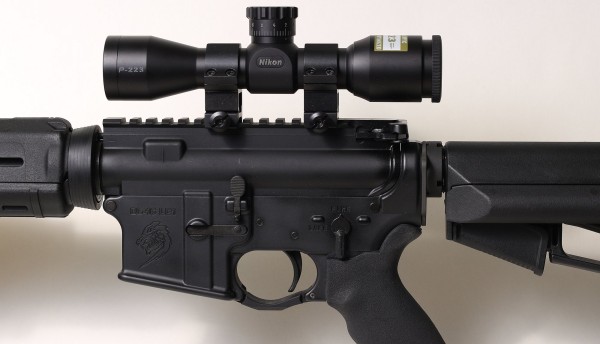 Usually when I start these reviews out, the first thing I bring up is the price. I haven’t with this one yet, because I think this scope is a ridiculously good deal. I picked mine up for $179, which is a bit high, but they’re hard to find in Canada right now. For anyone in the US, these scopes are more commonly available for $149 with some introductory offers coming with Nikon’s P-series mount. That is a screaming deal compared to your alternatives in this price bracket. I really hope that more manufacturers pay attention to this size of scope, because it is super handy in use and provides just enough magnification to be handy in a fantastically compact package. If you’re going to abuse your rifle and expect the optic to hold up, you might be better off with that ACOG. If you’re doing light duty hunting or action shooting, this could be the ticket at a heck of a lot less money. 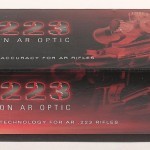 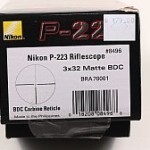 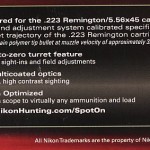 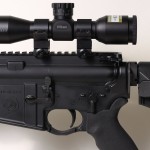 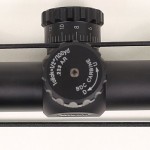 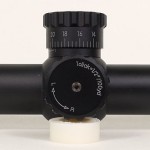 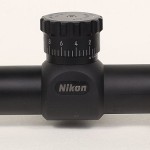 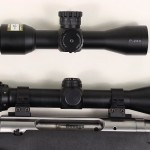 Adriel has been hunting all his life and tries to apply a practical point of views to his reviews. Find the Hunting Gear guy on Facebook or YouTube
View all posts by Adriel →
Trophy of the Month 1 – June
Norinco T97NSR Coming to Canada