This is not a really well known rimfire rifle, because few of them were made. As far as I could tell, the ones making it into Canada were originally made for an American outfit in the mid 90’s, but the Clinton import ban on Chinese weapons stopped this particular batch from moving into the US. Sold in New Zealand and Australia since, these rifles have recently been brought in by Canada Ammo into the Canadian market. Since information on these rifles is really old (late 90’s), or fairly recent due to the influx of new old stock into Canada, I thought I’d take a shot at creating an all-in-one review and compendium of all the useful info I could find all over on these rifles. The review will be first, and modifications/reference after.

Video Unboxing and Review of the Norc NS522

Norinco NS522 22LR Rifle Review: The most accurate rimfire for the dollar

Within a hunting application, accurate, yet still reasonably weighted rifles like this one are great when more accuracy is demanded. Headshots on squirrels at up to 50 yards is not really the domain of an inexpensive semi auto, and it’s even pushing the value priced bolt action 22’s. The difference between a stock Marlin or Savage bolt action, pretty accurate on their own, and an Anshutz or CZ, is apparent when well rested and firing good quality ammunition. But what if you have Marlin money, but want Anshutz accuracy? That’s the idea behind the Norinco produced, Anshutz 54 copy, NS522.

Some quick facts on the ones coming into market:

What’s great about the Norinco NS522?

There are a few, really great reasons to buy the NS522: it’s cheap, accurate out of the box, and even more accurate with some mods. First, they’re $250 and on sale for $199 sometimes. Rimfires are mostly reasonably priced, until you get to match rifles. Accurate match rifles are much more expensive, usually starting with a ~$500 CZ, but quickly moving up to $1000-$2000 Anshutz or Cooper rimfires. So, for a low price, you’re getting a pretty accurate rifle. It’s when you start adding some of the modifications that things come together, because as they come from the box, there are several spots on this rifle that need work. If you’re not afraid of getting your hands dirty, this makes it a great project gun that will quickly become your most accurate rimfire. If you’d rather keep your rimfire stock and you want something very accurate, consider a CZ455, Anshutz, or Cooper.

I find this free float. . . lacking

What’s not so great about the Norinco NS522?

I’m getting 0.33″ at 50 yards with quality ammo like SK Match out of a $250 22 LR that I modified at home. I opened up the barrel channel, added lamp screw pillars, bedded the action and bottom trigger guard (mostly because I had extra epoxy), and smoothed trigger components. I’ve got 2 buddies who are crazy about 22 LR shooting and have rifles many times more expensive than this one. They’re now outgunned, and I haven’t even reduced trigger pull weight (**Update: Now I’ve reduced trigger weight. I’m down to just under 2lbs). This rifle is now my standard for testing 22 LR ammo. There are some tradeoffs, but for me, they’re worth it for the price/accuracy I’m getting here. 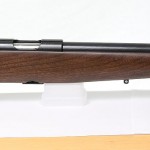 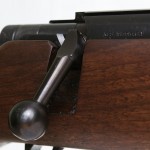 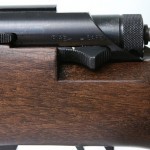 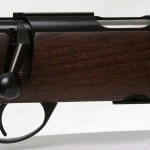 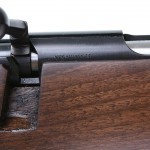 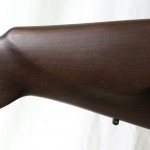 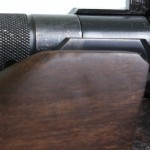 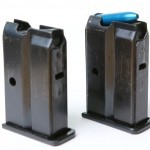 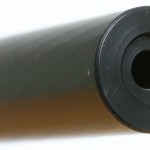 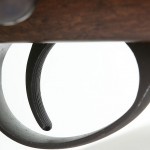 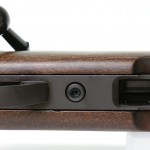 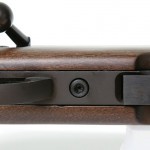 body under with mag 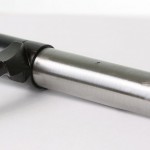 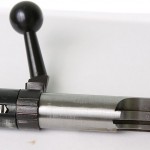 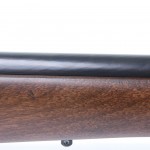 Modifications for the NS522:

I’m going to include links below, and update with progress on my mods.

**Update June 3: free floated barrel, smoothed some trigger group components. Installed pillars, bedded trigger guard and bedded action. I ended up using the lamp threaded tubes to pillar as they had the most positive engagement to the stock.**

**Update Sept 13: Changed out factory trigger spring. Used a 2″ long safety pin to start, cut and shaped to roughly match factory spring look. Bolt slam and drop on rear of stock tested. Will need to fire lots of rounds to see if it lasts, but so far, it looks like it’s dropped the trigger pull weight to about 1 lb. Very fast mod, but only recommended if you can be careful and know how to test for too light of a trigger**

I also really like how parksb2 from CGN taped his stock off: http://i59.tinypic.com/ofrpj5.jpg

To pillar the stock, arwho from CGN used threaded lamp tubes, while some use brass 1/8 MIP pipe nipples, and others used pre-flared 3/8 brake line.

Will sent me a link to the User Manual for the EM322, which is somewhat similar to the NS522 and might be the best manual we have currently. http://marstar.ca/html/reflibrary/Manuals/norincoem332.html

Other Awesome sources for NS522 info:

Adriel has been hunting all his life and tries to apply a practical point of views to his reviews. Find the Hunting Gear guy on Facebook or YouTube
View all posts by Adriel →
Stoeger Uplander Side by Side Review
Mosin Nagant Review