The Browning Semi Auto 22, sometimes called the SA-22, was first produced in 1914 and is still in production today. It looks a bit odd in person and in photos because of some strange dimensions. The bottom eject receiver is oddly small, but it turns out to be a great balance point to hold the rifle at while walking through the woods. The forend is also oddly proportioned, and horizontally kind of chubby. This review is going to be short, because I consider this rifle to be either a personal, I-had-one-as-a-kid, kind of a purchase, or one where someone is buying it because it’s a classic. The Browning SA22 goes for about $600 in the US.

The trigger on this unit was passable for a 22, the crossbolt safety was conveniently in the front of the trigger guard, and the bottom charging handle is very conveniently racked. Reloading is slightly more safe than a front tube style one because it reduces the possibility of having the muzzle pointed at your hand. The reloading chute is somewhat well suited for “pocket full of 22” reloading. 11 rounds slide their way down through the feed port to fully reload the rifle.

Actually shooting the thing, I disliked the sights. The rear folding sight is a bit too big for my tastes and you need to buy a $90 cantilever mount to get a scope or other optic mounted. Some people have fabricated peep style sights for the rear to get a bit more precision out of them. In any case, adding scope mounts and the like is getting away from the intended use of this rifle.

The takedown mechanism isn’t awful, but still stands for some improvement as the knurled barrel nut thing can loosen with shooting. It’s still pretty cool that a tube-mag style semi-automatic rimfire can break down like the Browning SA-22 can.

If you’re looking to mount a scope, reload quickly, require more precision, or if you want something more up-to-date, I wouldn’t look into the SA-22. They’re expensive, as far as 22’s go, and you’re mostly paying for the brand, fit and finish, and nostalgia. I struggled to find a use for this rimfire, because I have options that are faster shooting (Marlin 795 with a red dot), and more accurate (bolt action 22 with scope).

But for those who enjoy a simple approach of filling a pocket with 22 shells, grabbing a rifle and heading out into the field, the SA22 might be the one to take. 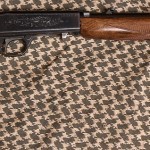 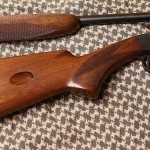 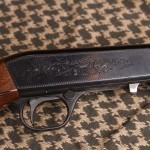 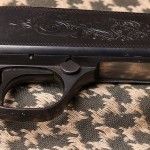 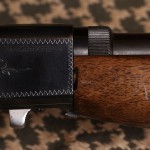 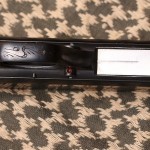 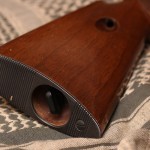 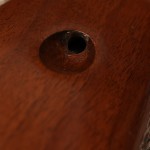 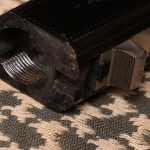 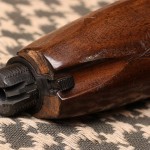 Adriel has been hunting all his life and tries to apply a practical point of views to his reviews. Find the Hunting Gear guy on Facebook or YouTube
View all posts by Adriel →
Chiappa Double Badger Mini Review
IWI Tavor Review