Have you ever pulled the trigger on game and knew that you missed? Pulled your bolt action rifle from your shoulder, racked the action so hard the empty case was sent into the next county, pulled up on your game, and saw it bouncing off into the distance? A semi-automatic greatly reduces the time needed to take a follow up shot and helps with follow up shots on mis-hits or missed entirely. The Browning BAR LongTrac, not to be confused with the completely different US military M1918 BAR, is the premium semi-automatic hunting rifle. Previously limited to 308 and 308 derivatives, the new-ish LongTrac model and other new models offer more power chambered in long action cartridges like 270, 30-06, 7mm rem mag, and 300 win mag. The rifle is also available in multiple trims: the Stalker version with synthetic stock and blackened parts, camo dipped, desert tan, traditional safari, as well as the oil finished wood model with satin nickle receiver as shown here. If you’re looking for a handsome rifle with decent distance and fast follow ups, the Browning BAR LongTrac Oil Finish might be one to look at. The Browning BAR is around $1200 in the US, and about $1400 in Canada.

There are very few options for standard length cartridge, semi automatic hunting rifles and I think the BAR LongTrac is the nicest looking of all of them (without going above $2000). The Benelli R1 is a lot more angular and. . .just odd looking compared with a BAR. So you’re getting a lot of firepower in a sleek, sexy, hunting-catered rifle. The rifle does come with a bolt release lever, which is somewhat inconveniently located beyond the reach of your right hand, but is perfectly serviceable to use to lock the bolt back. 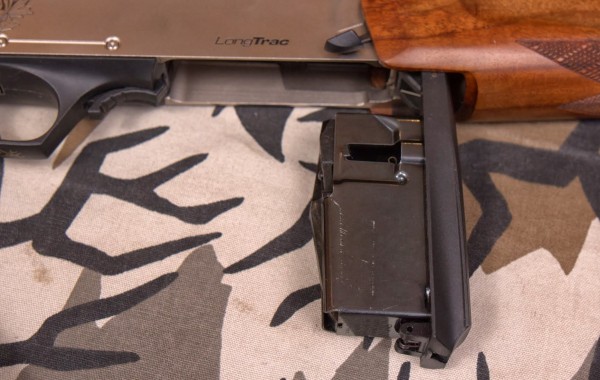 What’s not so Great?

The mag is similar to the swinging plate style on the A-bolt, and I’m not a fan. It makes for a cleaner rifle bottom, but they’re slow and finicky to reload. Browning should upgrade the BAR to use the much better X-bolt magazine system. Secondly, the cross bolt safety on the trigger is just so-so. It’s stiff and a bit too close to the trigger. The sling stud on the forend juts out the front, ruling out bipods. An then there’s the accuracy. Simply put, you’re not going to find a reliable semi-automatic that’s as accurate as a bolt action rifle for a similar price. There are many more moving parts and more variables that can change between shots. There are fantastically accurate semi-auto’s out there, but price and reliability are often exchanged for that accuracy. In any case, this BAR LongTrac grouped between 1.5 and 2.25″, which is perfectly suitable for 100-300 yards. The Benelli R1 is supposed to be more accurate, but your mileage may vary depending on your rifle. The Browning is not very easy to clean compared with most military semi-auto rifles. It’s clear that it’s built for looks and hunting, and being easy to clean is a very distant priority. Many hunting semi-automatics get an undeserved reputation for poor reliability because some hunters never clean or oil their rifles. You can get away with never cleaning a bolt action rifle, but a semi-auto will start to jam if they’re subjected to too much neglect.

Competition to the Browning BAR

The Remington Model 750 is one competitor, more so to the Stalker version, as the Remington 750 Woodsmaster isn’t even close to the fit and finish that you get on the Browning BAR Oil Finish. The Remington is a lot more inexpensive (around $800 compared to the $1200 BAR), comes with a less silly magazine, and iron sights if you prefer. The 750 does not come with magnum cartridge options, though it does come in a carbine barrel length (18.5″) for those hunters who need a compact rifle. The BAR even comes in WSM cartridges as well as a 10 round 308 “Hog Stalker” option. Weight is comparable between the two rifles, though the BAR ShortTrac loses some weight where the 750 stays mostly the same when it goes from long to short action.

The Benelli R1 is a much stronger competitor to the BAR. Most users report better accuracy from the R1 and the magazine is a standard detachable. It also has a nice soft buttpad and optional 10 round magazine. Too bad it’s so damn ugly.

Put directly, the Browning BAR LongTrac Oil Finish is a sexy looking hunting rifle. Reloading the mag is slightly more cumbersome than it needs to be, but you probably won’t need to do a speed reload because the accuracy is adequate enough to make the kill at under 300 yards, which is where you’re going to take your game anyways. And if you can’t make the kill in one shot, your follow up shot is only a trigger pull away. 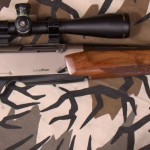 This semi-automatic Browning BAR is a favorite hunting rifle 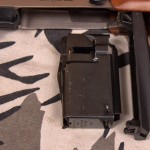 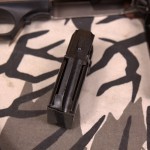 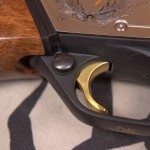 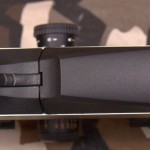 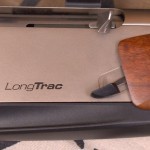 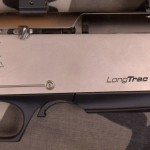 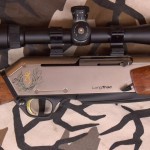 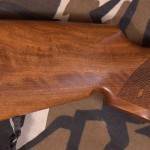 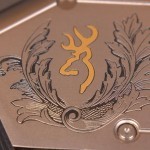 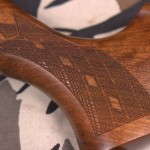 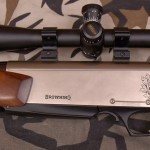 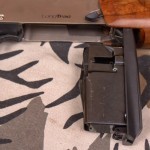 Optimizing the Remington 597
Getting Kids Started in Bow and Arrow