I went a long time with very little firearms training and abilities and didn’t enjoy shooting to the fullest. I avoided pistols because I thought they were super inaccurate, but it was me the whole time. While I could hunt with rifles/shotguns just fine, my other skills were lacking until I took more serious training. I thought I’d write out some common training options available across the country in a post.

Well, you have to take these ones to get your PAL and/or RPAL. These courses are offered in most major cities and mostly cover law and safety. You’ll learn some of the relevant laws and how to not break them. You’ll also learn some basic rules for safe handling of your firearm. It’s a good intro course, try to find one where the CFSC is on the Saturday and the CRFSC is on the Sunday and take both in a weekend. Even if you don’t think you’re going to get into restricted guns, you never know and in my opinion, it makes more sense to do both and get your RPAL. Prices vary, but expect around $250 for both courses. CFSC Link

Mapleseed is a course purely focused on rifle marksmanship. Most commonly shot with semi-auto 22’s, a “Mapleseed” (what they call Mapleseed courses/events) covers shooting that’s not off the bench: they do natural positions typically with use of a sling to shoot accurately. There is a Mapleseed Rifleman badge that can be earned by scoring high enough. This is an excellent start to shooting and after doing this course, you’ll be a better shot than many people who have been shooting recreationally for decades. Youth friendly and super reasonably priced. Project Mapleseed Link 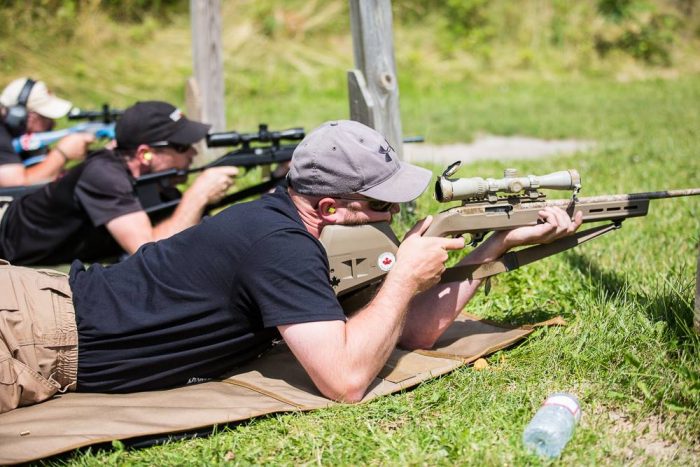 Me shooting a Mapleseed. Photo by Rick from Mapleseed Project

“Black Badge” is the intro and qualification course for the competitive handgun shooting world of IPSC. IPSC is a very mature shooting sport, so they have lots of rules that make sense if you think about them. Those rules ensure a safe, fair shooting match. Some gun clubs require a Black Badge if you want to use a holster. I wouldn’t recommend getting into Black Badge immediately after you get your RPAL and a pistol. This is not a course for raw handgun beginners: you’ll need to get some shooting in so you understand your pistol and how it runs before going to do your BB. Once you’re done your Black Badge, you can go directly into shooting IPSC matches. IPSC Canada

CQB is a style of competition done with several competitors on the line at once rather than just 1 competitor shooting at a time. Both rifle and pistol are used. I’ve got a video that goes through a CQB Clinic I attended. These clinics are inexpensive to take and are great for trigger time and learning all about CQB and what equipment runs. Tactical Teacher and Ragnarok Tactical do a CQB course 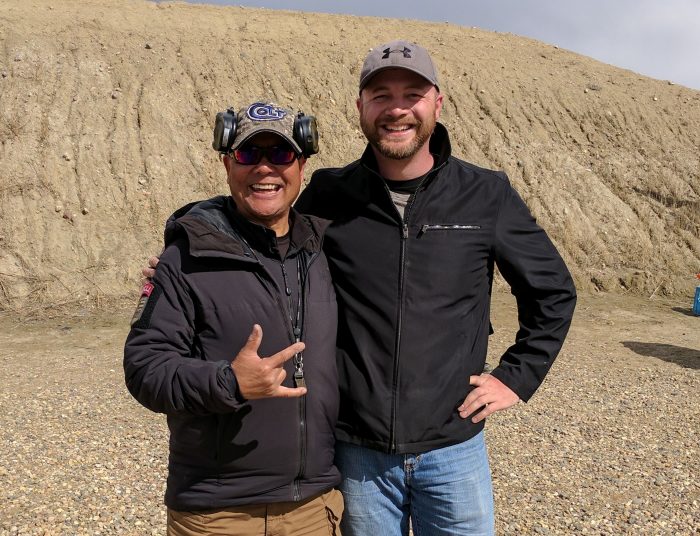 In general, there are a few other popular styles of training offered that vary in content:

Some courses focus on marksmanship and accuracy, some focus on being a better competitor for one of the shooting sports, some are more tactical,

There are very few 3 gun training courses available, but they are out there if 3 gun is your jam.

If you’re an instructor and want to plug your course, go ahead and plug away in the comments.

Adriel has been hunting all his life and tries to apply a practical point of views to his reviews. Find the Hunting Gear guy on Facebook or YouTube
View all posts by Adriel →
FT Bullseye Sight Review
1911 Upgrades for 3 Gun – AKA Polishing a Turd