By Adriel on July 2, 2016 in Equipment Reviews, Hunting

One of the unfortunate realities of hunting big game is that it’s the most fruitful hunting early in the morning or late at night for most species. Most anything brave, or stupid, enough to wander around in the broad daylight was hunted to extinction by humans or other predators ages ago. For most hunters, this means that a flashlight is essential equipment for finding your way to your blind in the morning dark, your way home at night, and sometimes, tracking the blood trail from game shot in the evening dusk. The Chameleon CB6 Hunting Kit comes with the flashlight and a bevy of accessories for hunting and tracking blood trails using colored light. I requested this kit from Nitecore and they were kind to oblige. Mostly, I was curious if colored light really worked for blood. 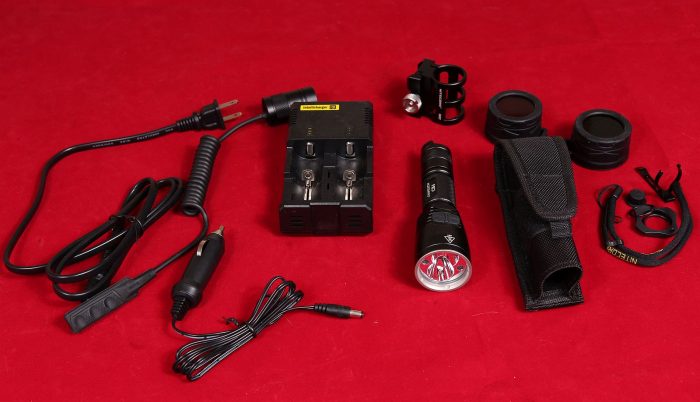 Why a kit instead of just the flashlight?

In short, high performance flashlights usually use 18650 batteries instead of AA or AAA batteries. Better known for use in laptop batteries, 18650’s size is perfect for a 1″ tube, they’re lithium-ion so they hold the most juice for the size, and their voltage is convenient for use on flashlights. However, they don’t charge on any AA/AAA chargers, so you need a dedicated charger to handle charging the lithium ion cells. The Nitecore Hunting Kit comes with a 2300 mAh battery, which will have a ton of juice, as well as a charger that’ll take wall voltage or plug into a vehicle cigarette lighter port.

Then, there’s all the other handy stuff that a kit comes with vs a bare flashlight. The CB6 Chameleon comes with:

The belt holster is handy if you run a belt anyways when hunting, as it doesn’t rattle around against other steel things in your pockets. With a single stitched loop plus a velcro loop on the back, it’ll work on a regular belt, molle, or a clip since it has a D-ring. Again, handy if you run a backpack that has molle loops or a carabiner or other clip on it. 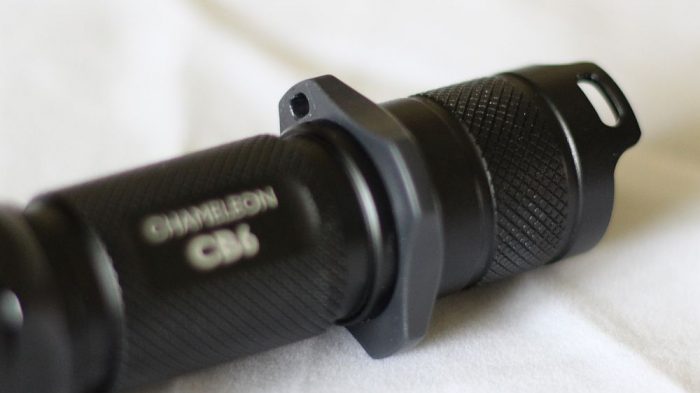 The tactical ring is somewhat new to me, and it is meant to allow you to hold the flashlight pointed forward in your fist. That might sound a bit silly, but it works if you need to hold something else in your hands, like a rifle, pistol, or whatever else. It also prevents the flashlight from rolling around on a flat surface and provides an additional lanyard attachment point. With the tactical ring on, it will still fit in the holster, albeit tightly. 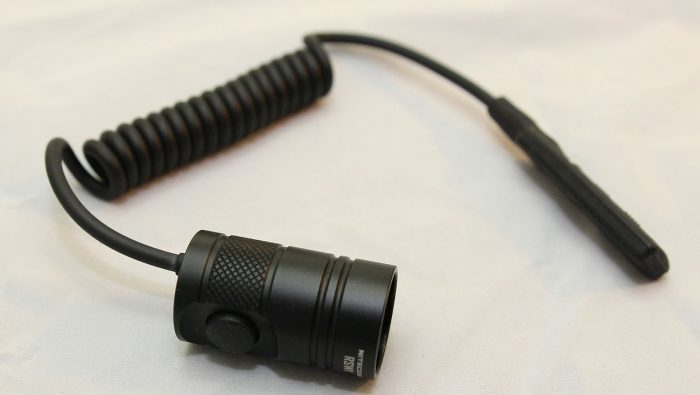 The remote pressure switch pad allows you to mount the flashlight on your rifle and remotely activate the light. Keeping it simple, the entire pad momentarily turns the flashlight on to whatever setting it was on last. It only keeps the light on while you apply pressure to the pad, but there’s an additional switch on the tail piece that enables you to switch the light on. You can leave it on one of the colored light modes, white, or the blinking white mode. 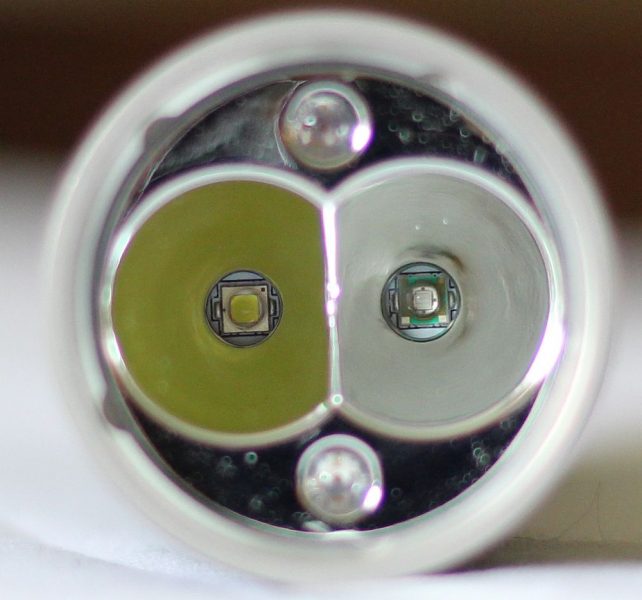 The white LED itself is an XP-G2 capable of up to 440 Lumens, which is plenty for hunting purposes, while the main blue light is a 3000mW CREE XP-E LED. Two lower power LED’s sit outside the main reflectors and provide red, green, and a slightly different tint of blue.

Spotting a blood trail is usually decently easy. An initial big spray of blood out of the exit wound, blood splatters on the trail, dead deer in about 50 yards. But it isn’t always that easy. Sometimes the hit doesn’t leave much blood. A frontal hit on a deer may not provide an exit wound, fat and guts can sometimes clog up a wound and stop it from showing a clear blood trail, and sometimes you’re stuck tracking a marginally wounded deer for longer distances. On snow, this is easy and it’s part of the reason that I like hunting later in November when there’s a good chance there’s a nice coat of snow on the ground. Where it gets tricky is when there’s leaf litter on the ground. The extra color of leaves and grass adds browns and greens that make it more difficult to spot the spots of blood. A flashlight with a good even cast will make it easier to track than a flashlight with a strong central spot because it won’t glare out blood, but the amount of color you’re faced with can still be distracting. To get nice, even light, some hunters even use propane Coleman lanterns with tinfoil on one side of the glass. Effective, but not exactly portable.

The idea with blood tracking flashlights is that they use tuned LED’s or colored filters to provide colored light. Now, how they use those lights to find blood is ALL OVER THE MAP. Some flashlights use both red and blue LED’s at the same time with the idea that the red will reflect off the blood, while the blue will provide contrast with the background. The Primos Bloodhunter uses red and green, the new Gerber Myth uses red, blue, and amber. Green or blue LED’s will show blood as black. It’s an interesting effect, because it makes red stick out very clearly, even on a visually distracting picture.

With a blood tracking flashlight that only has colored light and doesn’t have a good, white LED mode, I feel like they’re almost over-specialized. It means you  need likely need to carry 2 flashlights so that you can have regular light to hike or skin out your game. On a trail with lots of other red, such as red leaves on the ground, a red-highlighting flashlight might not help over a regular LED flashlight. For those reasons, I like that the Chameleon can switch hit on roles. You can opt for blue, red, green, or white light in one flashlight.

Blood tracking flashlights have a very specific use case: tracking a difficult blood trail in a visually confusing environment in dusk or dark conditions. For that very specific use, they’re handy to have but not incredibly useful otherwise. For that reason, I’d rather go with a flashlight that’s a bit more flexible: something that has a decent white LED and enough modes where I can pick the lighting level I need. 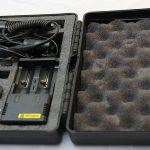 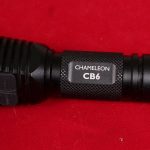 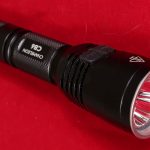 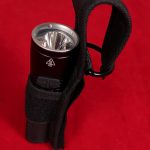 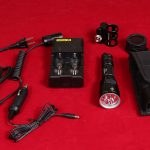 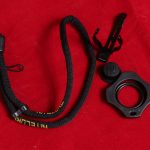 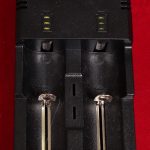 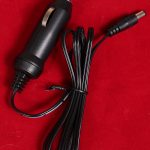 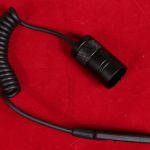 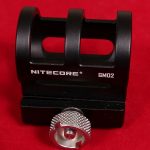 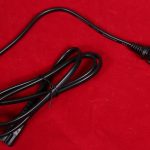 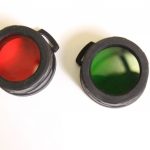 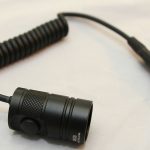 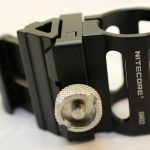 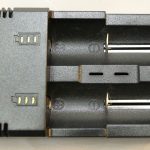 Adriel has been hunting all his life and tries to apply a practical point of views to his reviews. Find the Hunting Gear guy on Facebook or YouTube
View all posts by Adriel →
Which Hunting Rifle for 2016?
Pact Club Timer III Review