So, if you’re going to shoot 3 gun, you can run factory pistols, or you can mod your pistol to compete better. As a Canadian who can’t run a concealed carry pistol, I opted for the competition pistol. You can either run a really grippy grip panel, or skateboard tape, or epoxy on some Silicon Carbide.

Silicon Carbide is a synthetic abrasive made for industry. The grit form can be found for industrial abrasion, like super sandpaper. It’s harder than garnet and Aluminum Oxide and won’t wear out before your hand does. 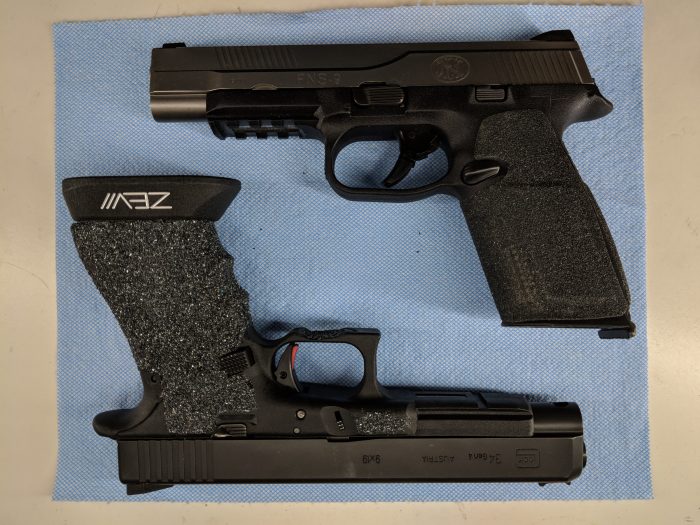 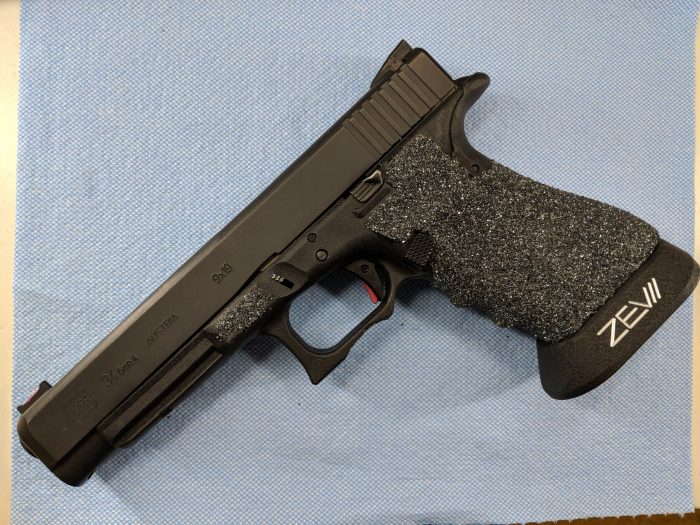 Put painters tape where you don’t want grip on. 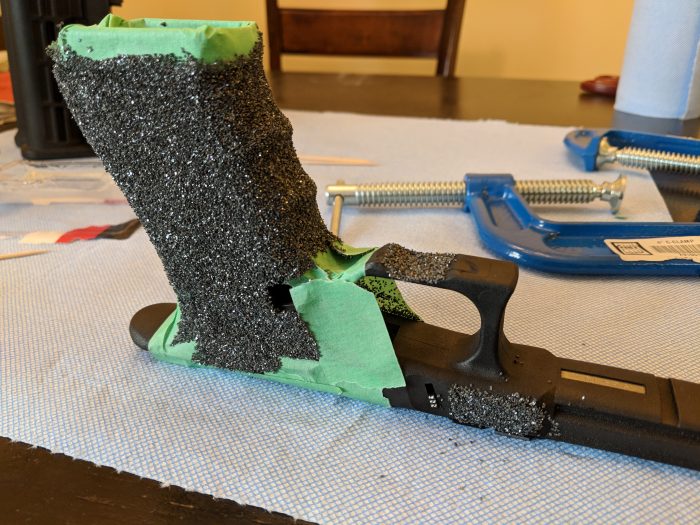 Use a 15 minute epoxy (5 minutes is too quick), and apply it with a foam brush or stiff bristle brush. 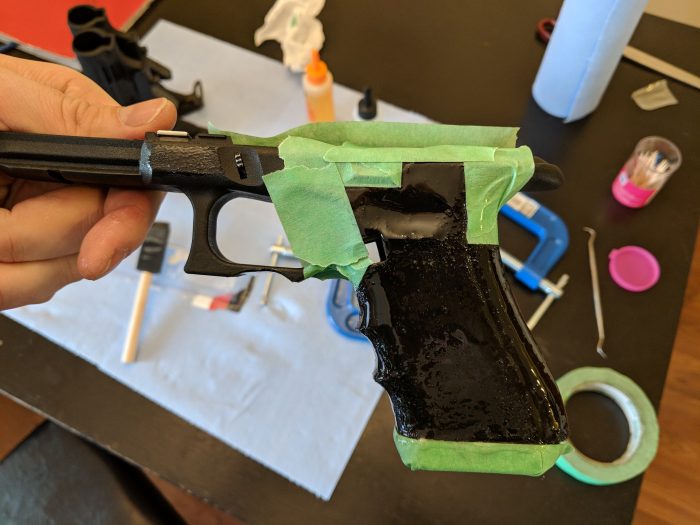 epoxy on the gun

If you can, get something in 60-120 grit. Generally, coarse is 40-60 grit, medium is 80-120, and fine is 120+. A medium or coarse grit is what you’re looking for. Too coarse will shred your hands easily. I’ve had grips that would turn shred my hands and turn them white and I’d have grips that would gum up with sweat. The idea with gritty pistol grips is that they stick to your hands in sweat, rain, mud, and everything.

I prefer to sprinkle the grit on rather than mash it in because when I mashed it in, it caused epoxy to ooze forward and make for a more “wet” look. 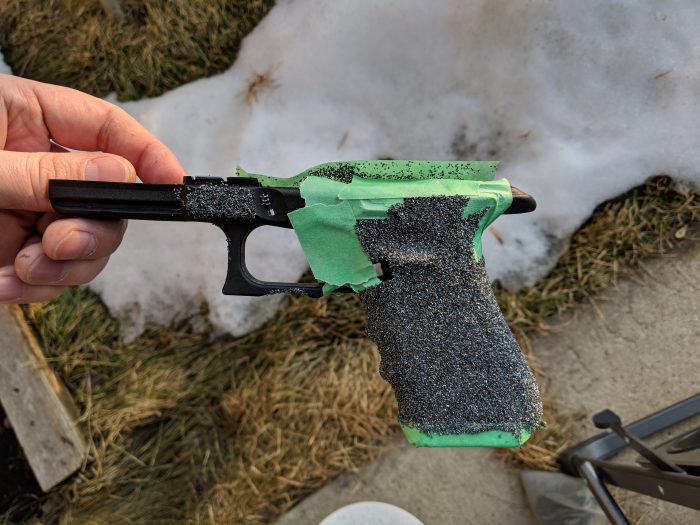 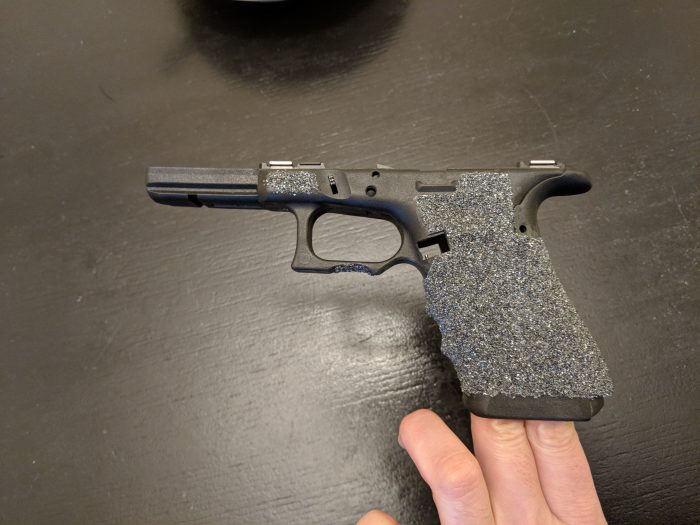 So, you know, try this if you want. Or don’t. Whatever. 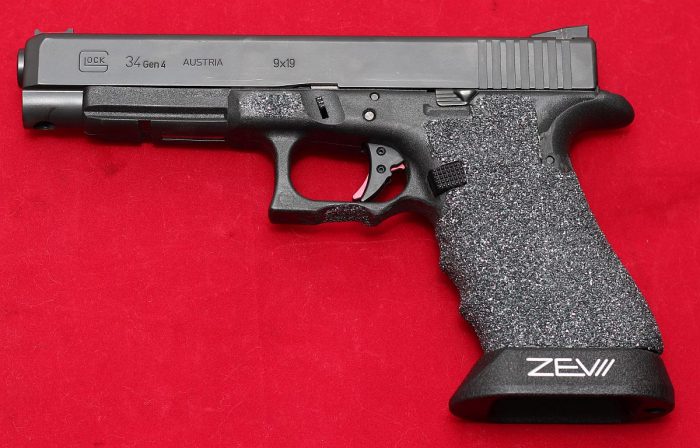 Adriel has been hunting all his life and tries to apply a practical point of views to his reviews. Find the Hunting Gear guy on Facebook or YouTube
View all posts by Adriel →
I Guess YouTube Isn’t a Fad
Ruger 77/44 Review